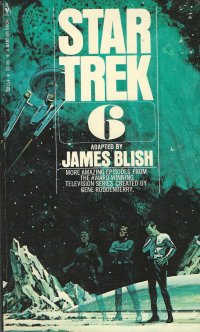 You know, I had almost forgotten that I was working my way through these books earlier this year. So when I was looking at the to-read books in the hallway, I thought, Oh, yeah, and this book provided just what I was looking for: A quick and pleasant read. I mean, I have to get my stats up. I’m only in the 40s in the books read in 2022 list, and it’s almost August. And I’m not sure we’ll have the football package this year for me to browse monographs and chapbooks.

So we’re about half way through the book series which ultimately will include most, if not all, of the episodes of the original Star Trek series turned into short stories by a British author who has presumably seen some of the series even though he had not when he began writing the books–which was about the time the show was on, but this book first appeared in 1972, when the show had been off the air for a couple of years. One has to wonder if the popularity of these books (this 1975 edition was the 10th printing already).

But because we’re halfway through the series, we’re starting to get to the more obscure episodes. This one includes:

I only kind of remembered “The Apple” from my viewing days. Still, a quick, pleasant read with characters I know.

But more interesting is that I am this book’s second owner.

And the original owner did not finish it, as the bookmark was not far into the book. 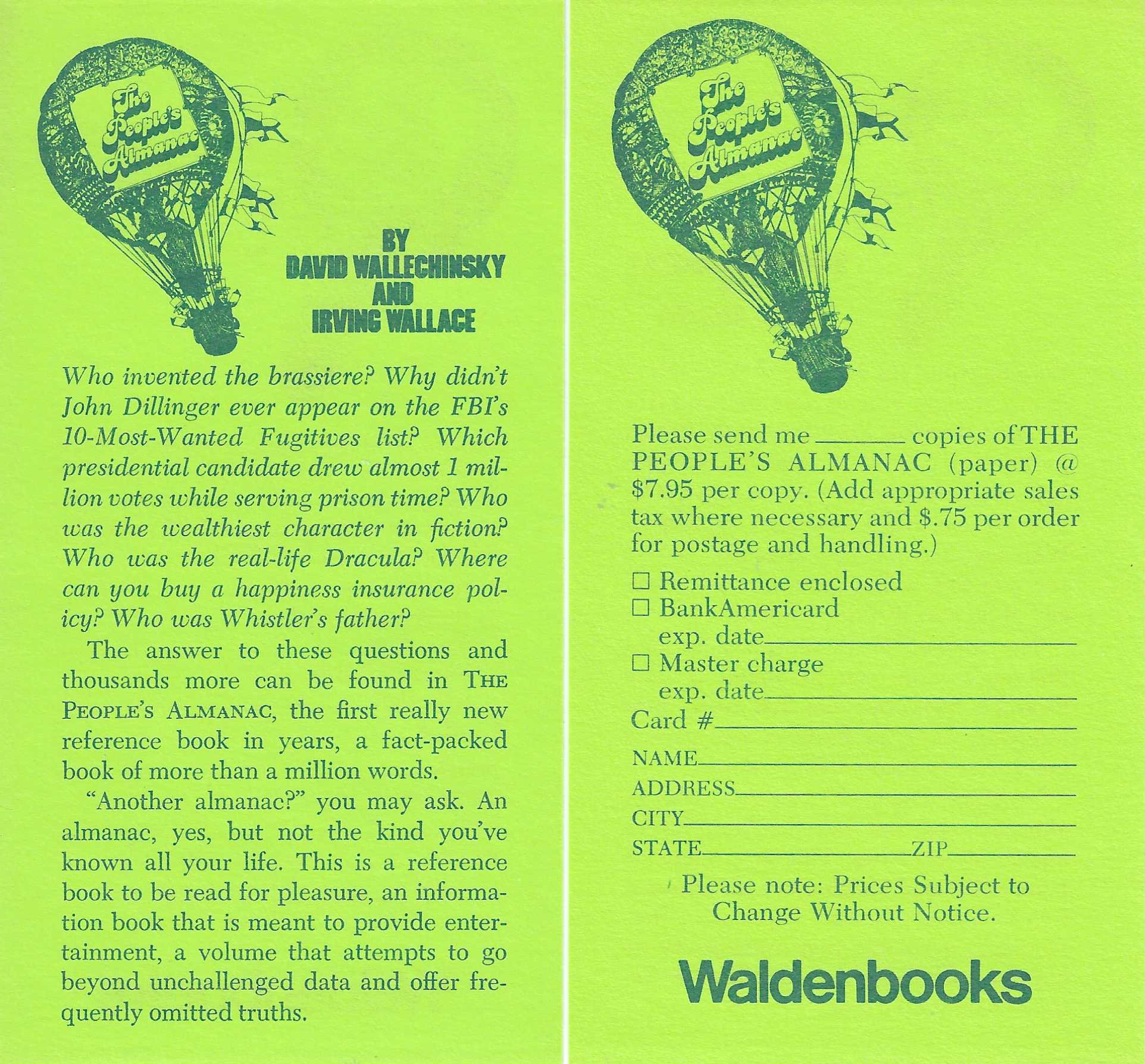 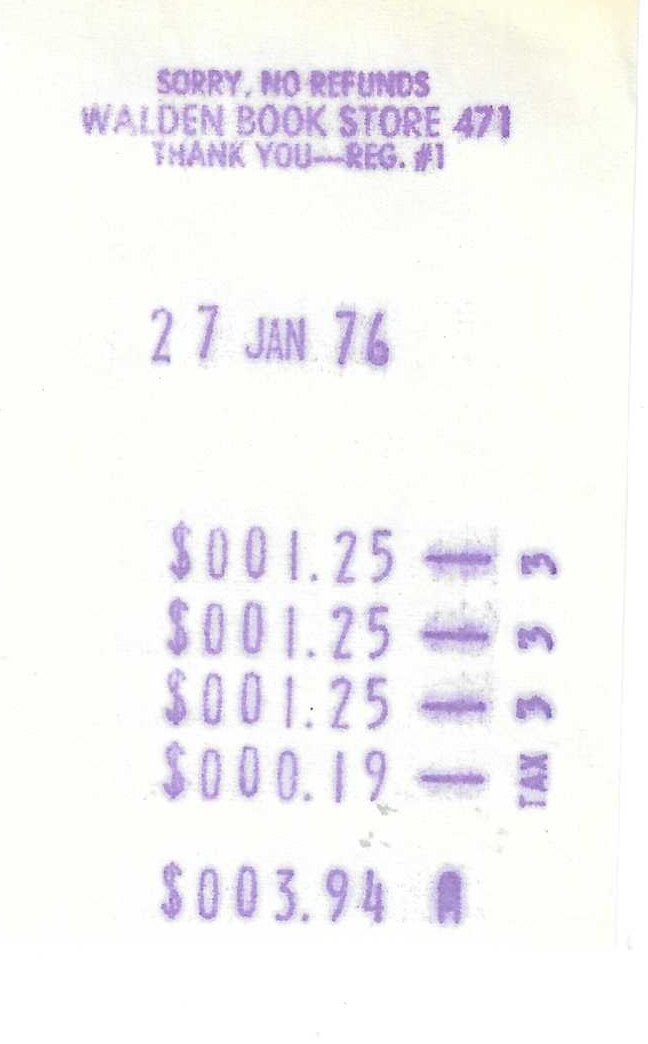 A couple of order forms for The Peoples Almanac, a book by the authors of The Book of Lists and the original sales receipt.

Given their placement in the book together, it’s entirely possible that they were not book marks at all, but rather were tucked in there by the bookseller at the purchase.

Which was when I was three years old.