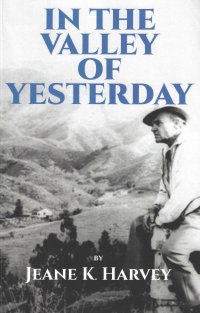 When blog and Internet friend Blogodidact mentioned his mother wrote a book, of course I rushed right in and ordered it. Thankfully, his mother was not in a touring production of a Broadway musical or local revival. As I have mentioned, I buy my friends’ (and, apparently, their parents’) books and music, which is about ten bucks a pop. I once supported someone I knew in musical theatre, and tickets for the four of us were $120 or so. So thank goodness for the greater ambition of original works. Of course, I would not say this in real life to the fellow who starred in Jesus Christ Superstar, as his “a pop” has been known to sideline me from martial arts classes for months. But, where was I?

Oh, yes: This book falls right into my wheelhouse of small-town personal and historical memoirs, except that instead of some unknown person writing about growing up in Missouri or the Ozarks, we get stories of growing up in the San Fernando Valley in the 1930s and 1940s (and beyond a bit). The author’s father is a studio art director, but when Great Depression I hits (I’m numbering them, as I expect Great Depression II: Candlelight Bugaloo to come any day now), he buys some property in the valley, and the family sets up a ranch with small animals to tide them over. So you’ve got stories about managing animals and construction interspersed with celebrities popping in (Alberto Vargas pops over for an artist group paint session, for example). Eventually, the father gets another job with the studios and works on a number of known films with Humphrey Bogart, John Wayne, and others. In most of those anecdotes, the celebrities don’t drop by, but we get the stories related from the father’s perspective, sort of.

So I really liked the book because, as I mentioned, it has the flavor of a rural memoir with the injection of the old-time movie business. Which is not to say that I did not tag a couple quibbles, which I did, but I will tuck them under the fold so that only Van and his family have to see them.

Her children were often an acre or two away from the house, and she had to tromp that distance to call them in for supper or chores.

Gentle reader, we in the country know that acres measure area, not linear distance. And as Nogglestead is but five acres (not a big spread, but not much off what the Harvey family had), I can holler at my boys, and they will hear me. Heck, given our position almost at a hilltop, every time I encounter a problem and maybe say a bad word, I am sure that my neighbors with many acres’ spread in many directions hear me. Tromping not required.

“Harry and Gerry Eckes are building a house only a mile away from us on Hazeltine.”

And, yes, I know who the Haseltines were. I do read local histories in addition to books that seem like local history, but are not.

She reached under the sink, brought out the Windex, shined the chrome fixtures and the mirrored cabinet, spritzed the inside of the windows, grabbed two sheets of newspaper and rubbed them to sparkling.

Windex was introduced in 1933, so either the family was buying name brands in the Depression, or this is an anachronism.

Walking down the driveway, Leo viewed the lilac bushes, now of considerable size.

Yeah, I know. I planted a Lileks bush here in 2012, and a couple more tries since, but I can’t get them to grow here. They grow in Wisconsin. Apparently, they grow in California. It’s been a while since I’ve seen the bush I planted in Old Trees, but it was doing well. WHAT IS WRONG WITH ME? Me, now, not the me in Old Trees.

Not Mentioned In Objectivism: The Philosophy of Ayn Rand

To save his own marriage, Gary Cooper paid a furtive visit to the set of Operation Pacific. According to reports, he was desperate to convince Patricia Neal to abort his child, conceived during the filming of Ayn Rand’s, [sic]The Fountainhead. The dynamic, sexual scenes became a reality for the two actors and caused deep anguish to both their lives.

Well, now. You know, I got a copy of The Fountainhead on VHS when I was in college, and I’ve watched it several times–well, over and over in those years and a couple of times since I’ve grown up. I’ve enjoyed watching Cooper portray heroes (most recently in Sergeant York). So I am disappointed that he did not live up to his hero characters.

On the other hand, he was like 46 and Patricia Neal was 21, so, men of a certain age would say, well, yeah, especially if they recognized her as young Patricia Neal, and not the post-stroke commercial pitchwoman of the 1980s. Which is to say, men of already dead most likely.

At any rate, a few minor quibbles. And, Van, Gary Cooper’s shortcomings do not alter my calculations of Sergeant York, the man, being better than Audie Murphy.

In an unrelated note, reviewing the Wikipedia entries of Patricia Neal and Gary Cooper, wow. She married Roald Dahl. He had flings with starlets from Clara Bow to Marlene Deitich to Carol Lombard to Lupe Vélez to Grace Kelly. Well. The tabloid lives of stars did not start in the 1960s, ainna?