You know, I want to think that I bought this particular videocassette for my mother when I was in late middle school or high school for Christmas or her birthday. It would have been one of the bargain videotapes. The thing is, the film would only have been, what, sixteen or seventeen years old at the time? That would have been thirty-some years ago. More time has passed between the gift of the film and now than the film and the gift. And it seemed like an old movie at the time. Kind of like you can probably find segments of the population that think of the Lord of the Rings movies as old these days. You know what we call them: Damn kids.

At any rate, this was Elvis’s last film. Set in 1969, it’s definitely more gritty than what you would think of as an Elvis movie. Three nuns, played by Mary Tyler Moore, Barbara McNair, and Jane Elliot, are sent into a rough neighborhood to help with the local free clinic run by Elvis. The nuns are undercover, which means they don’t wear the habit, which is odd–I knew nuns at the nominally Catholic university where I studied did not wear the habit, so I’m not sure whether the orders that went without them did so after 1969, or if the filmmakers just made a big deal of it. The priest of the local parish is old school and does not care for them, so there’s some friction there. And they bring their godly ways and patience to the clinic, which reinvigorates the doctor who had grown a little jaded. And he starts to fall for the Mary Tyler Moore nun, and she for him.

The film only has three musical numbers, which is also atypical of an Elvis picture. And as I said, it’s a little gritty. Urban. Topical: You’ve got subplot nods to the Black Power struggle, including a deployment of the most magical word, but by the black nun. You’ve got crime, abortion, talk of rapes and an attempted rape by one of the people the nuns helped, and a most interesting approach to curing autism–rage reduction therapy, which is basically grabbing hold the child, cuddling it whilst it struggles, and affirming love until it screams. This particular scene went on for minutes, after which time the little girl developed in short order into a fairly normal kid. That was strange, indeed, and the scene that stuck with my youngest–when he mentioned the scene “holding her down,” I thought he meant the attempted rape at the end of the movie, but he meant the “therapy.”

I have only seen two Elvis films now, the other being Blue Hawaii from 1961, and they’re probably the opposite ends of the best to worst spectrum for his work. You know, I have not seen a lot of Elvis movies in the wild since I’ve started accummulating them in earnest this year. I wonder if they’ve deteriorated or have been discarded to not make their ways into the antique malls, so I might not get much chance to pick up the other 29 titles. Which is all right, I have plenty to watch already.

The film did feature one person I’ll look out for in the future: Barbara McNair, who was third in the titles below Elvis and Moore.

Barbara McNair was a nightclub singer, then a Broadway performer, and only then an actress in television and movies. She had her own network special in 1966 and has a 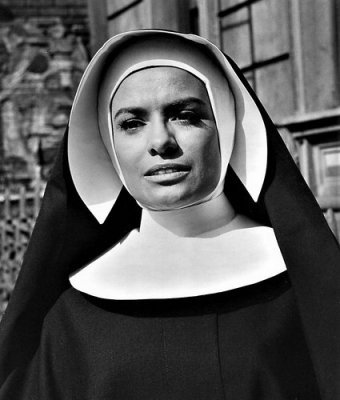 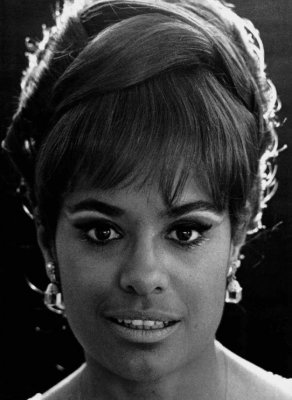 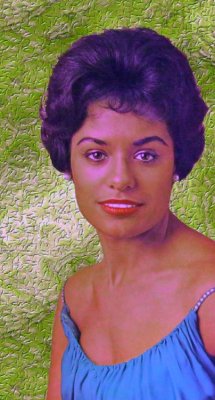 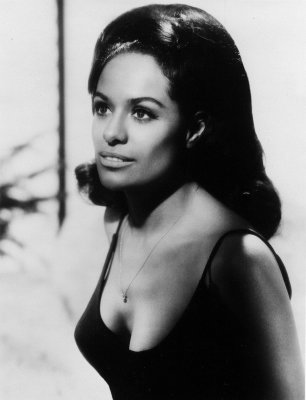 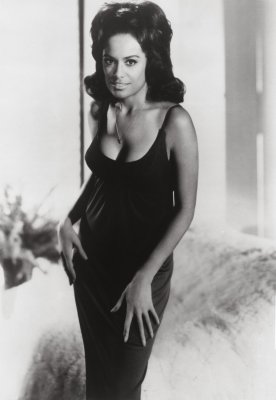 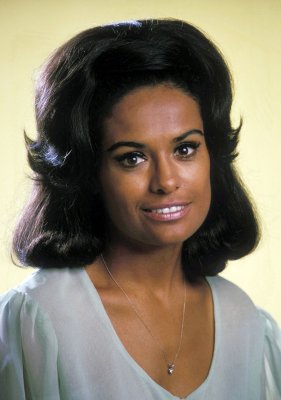 I will have to keep my eyes out for her albums. Since she seems to be largely forgotten by the culture now, they should be pretty inexpensive.