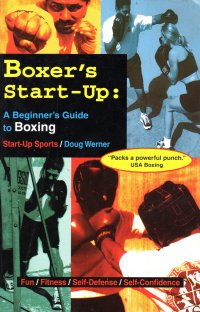 At any rate, I picked this book up in December at ABC Books. As you know, I work my way counter-clockwise through my two aisles, the first of which is the martial arts/football/artist monograph aisle (with the local authors at the front of the store at the end of the aisle). This book was in the Boxing section which is mostly biographies and auto-biographies of boxers. So I don’t tend to look too closely in it, but by this time I have basically bought all the martial art books that are not about Tai Chi Walking, whatever that is. Come to think of it, somebody else is buying martial arts books up there–some of the ones I have seen in the past but have not bought aren’t there any more, either–which means nobody likes the Tai Chi Walking books, I guess. Me or this other guy. Come on, we know it’s a guy.

I digress. As I mentioned I looked over the boxing section and picked this up because it’s a how-to book about boxing. #9 in a series, presumably about taking up a sport you’ve never done before. The author here talks about his experience fencing, so I presume that he has also done the article about fencing in the book.

As I might have mentioned (or mention all the time), my martial arts school emphasizes boxing over tae kwon do hand techniques, so I am a bit familiar with the strikes in the book–the jab, the cross, the hook, and the upper-cut. Boxing, apparently, does not emphasize as much hip rotation as our school does.

Of course, I’m all about the comparisons to the martial arts as I’ve been trained. The biggest difference is the fighting stance–this book emphasizes a more fencing-style stance, which presents more of your side to the opponent. It closes off target areas on your own body, but it also puts one side of your body out-of-range for attacks–which might be a bigger deal in martial arts, where feet are employed and where you’re supposed to be ambidextrous, being able to attack with the same combinations (but reversed) if you present your other side.

So the book was a bit of review for me in spots, but it did give me some ideas for drills, such as a head movement drill–I am not so good at head movement (and given how sparsely I’ve attended class the last year and a half, I am probably not so good at sparring at all), so I have started doing some of the rythmic movement that I read about in the book. I watched some boxing a while back, and those guys slip punches very fast indeed.

One definite improvement in this book versus other martial arts books I’ve read is instead of a pair of photos showing before and after the strike, the book includes at least three, with one in process, and the images often have callouts and lines to indicate focus or planes: 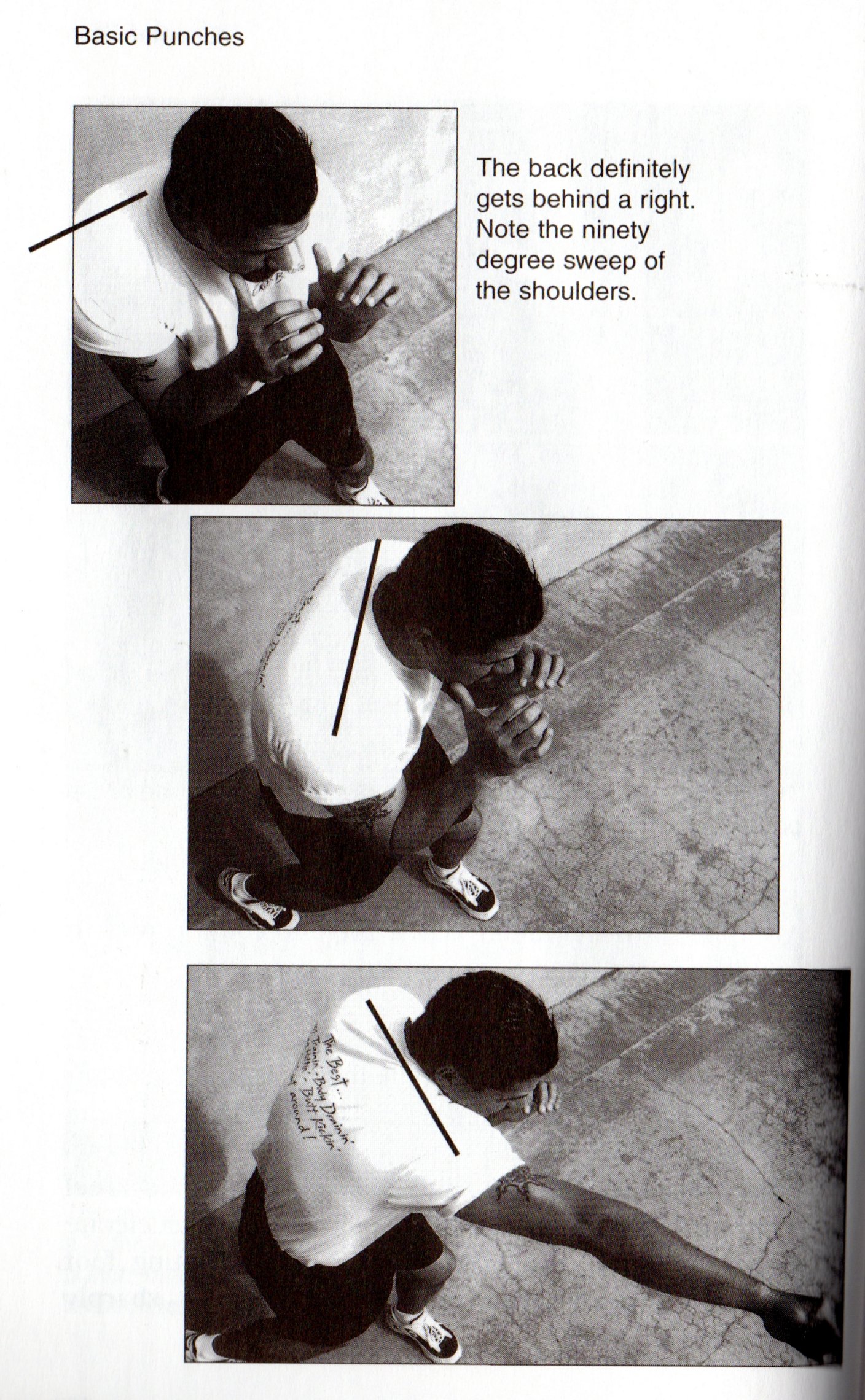 That is very helpful, indeed.

The book runs 150 pages plus a glossary; only about two-thirds of it is technique and whatnot. The last third are a history of boxing up until the turn of the century and a journal of the author’s individual lessons with a boxing coach. Interesting, I suppose, but not what I am looking for. Although also interesting is that the book has an AOL email address for the amateur boxing group and a fax number to contact them. Wow, twenty years, huh? I cannot imagine that I would have picked up a book like this for practical information twenty years ago. To research for a novel, perhaps, but to hone my technique? Who knows what the next 20 will bring? Sorry, that’s a little extra reflection you get in a book report around the turn of the year and the turn of a duodecade.