I mentioned that I have a new washing machine. Well, I implied it. in addition to a larger tub, it has a more modern interface, all steely and LCD screen and smooth buttons that are but a part of the face of the control box.

But two of the buttons have Braille beside them. 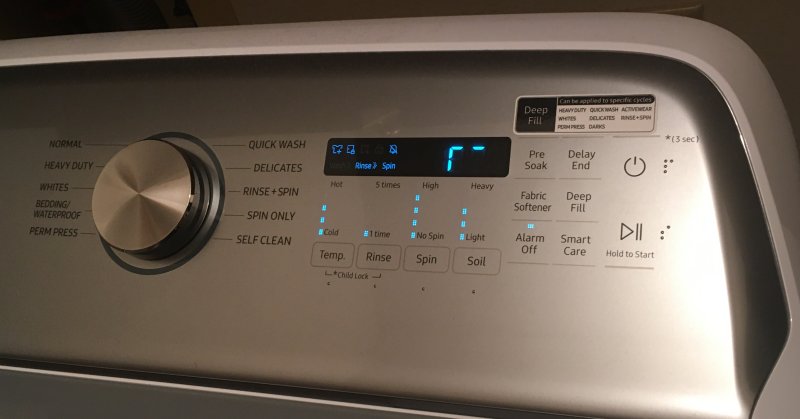 I have to wonder the logic that led to the decision to put a couple bits of Braille on the surface here as it has no real tactile buttons to manipulate and because the other controls do not have Braille and no real way to know what they are.

It’s not like the Braille you see on drive-up ATMs which share buttons with ATMs installed where the blind can walk up to them. This is a smooth surface that doesn’t do anything but run this washing machine (and probably the ones that work better in Asia or wherever they don’t have environmental strictures in place).

I wonder if this is just enough to defend against ADA lawsuits or something.