A little over a week ago, our washing machine gave out, again. Prior to failure, it had made a strange noise whilst spinning; then, it stopped spinning and then intermittently spun. I ordered a new washing machine on the Internet because I wanted it delivered sooner rather than later and didn’t know when I could make it to shop for a new washer. The delivery still took a week, but it was scheduled for yesterday.

So I moved the old washing machine to the garage where I can repair it at my leisure and have a back-up washing machine or I can store it for a number of years until I–or my heirs–get someone to haul it away.

I took the opportunity to move the dryer out as well and to wash the floor beneath them. So the floor is clean-clean (or is it clean/clean) for the first time since we moved into Nogglestead eleven years ago. 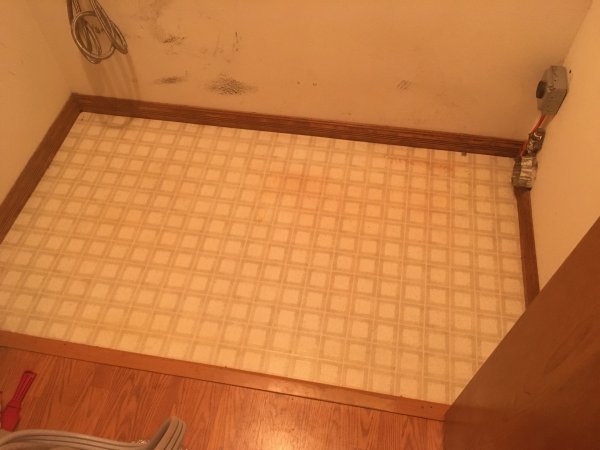 Forgive me while I immortalize it here. You, gentle reader, undoubtedly know the feeling of pride when you clean something that nobody will ever see, and you try to think about how to steer conversation in that direction or to draw attention to the normally unseen area when you have visitors. At least, I hope you do. I certainly do, but not that often (see also eleven years between floor washings).

And, as a bonus, I can knock an item off of my whiteboard. 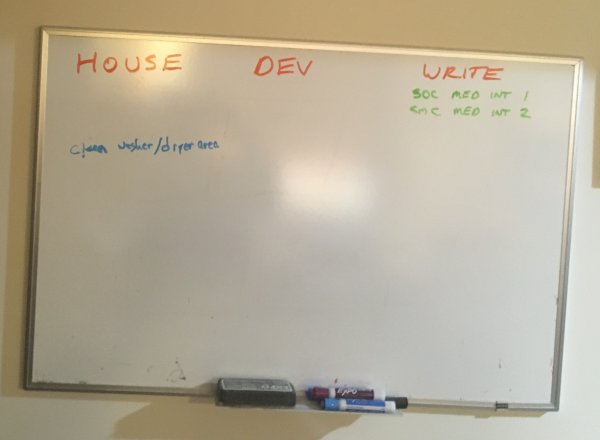 I organized my whiteboard with those categories sometime around 2014. A couple of times, I’ve gotten in and vacuumed lint and whatnot, but I’ve never completely washed the floors since I wrote the task on the whiteboard.

Somewhere early in the century, I had a whiteboard in a cubicle that I used a lot for tracking work tasks, so I got one for the home office, too. However, in the intervening years, that whiteboard has not been in reach of my mammoth desk, so I’ve ended up not using it much. Nor, apparently, knocking off the tasks on it.

But I will eventually remove the one about cleaning the laundry floor. Or just leave it on the whiteboard for a while, until I need to do it again.