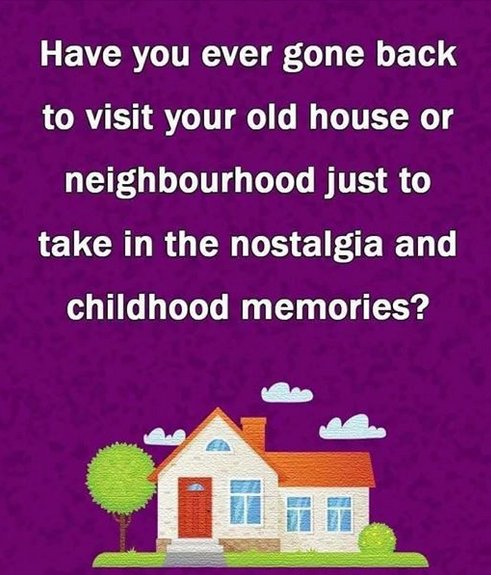 As I mentioned in 2016, I took my boys too the old neighborhoods where I lived in Jefferson County:

I drove past my aunt’s old house where we lived in her guest room and basement for a year and a half. Several times, actually, in the course of my travels to St. Louis.

Pretty much every time we go to St. Louis, though, I do drive by the house in Old Trees. As I mentioned, that’s the only place I’m a bit sad I left. It’s right off of Interstate 44, the road from Springfield to St. Louis, so it’s not far off of the path from where I’m going if I’m going to something in St. Louis County (it is not on the way to St. Charles, though, so I didn’t drive by it every time I was in the area last year).

However, other places I lived, I’m not sure I’m comfortable driving through.

The house I lived in when I lived with my mother in Lemay is in a sketchy area. It was sketchy then, but I was young and a bit angry-looking (albeit a skinny angry). I might drive past it, but I really haven’t the times I’ve been in the area to visit my mother’s grave at Jefferson Barracks.

The places I lived in Milwaukee. Well. I would certainly not drive by my house in the projects at night, and I haven’t really felt the need to go by it in the daytime when I’ve been in Milwaukee, either. The neighborhood where my father lived, and I lived in his basement during college, probably has not transitioned too badly, but the house where we lived the last month in Milwaukee before decamping for Missouri–the lease on our apartment in the projects ended before the school year, so we stayed with one of my mother’s friends until school ended and we moved (and my mother did not tell my father where we were for that month as a bit of a dirty trick–their marriage did not end amicably to say the least), well, that neighborhood has been in transition ever since, so I might drive by it, or I might not.

You know, the last couple of times I’ve been to Milwaukee have been transitional–we’re driving through it on the way to Wisconsin Dells, or we stayed in Germantown to visit my grandmother who lives outside the Milwaukee suburbs. Even when I was visiting Milwaukee in the 1990s and early part of the 2000s, I was staying downtown and did not get to the northwest side very often.

Do I get a sense of nostalgia when I do? You know, not really–I get more from my memory than the places themselves since they’ve changed enought that I only sort of recognize them. Or I’ve changed that much. Although given how I hang onto physical things for memories’ sake, perhaps it is more that the things have changed than me in this case.