Over the weekend, I drove up to St. Charles to visit my aunt. Powered by Gummy Worms and bottled tea and audio courses, I made the trip on Friday night and stayed at the Tru by Hilton at the streets of St. Charles based on a mention Charles made not long before he passed away. Although he was complimentary about his stay, I didn’t think much of the place. The room was smaller than a Hampton Inn, with just a bed, a table over a small refrigerator, a rolling table the size of a hospital table, and a rolling chair jammed next to the bed. The other table spaces were a couple inches of shelving attached to the wall. The whole thing seemed to be designed to resemble a dormitory–the common spaces were brighter and designed for working/hanging out, complete with coffee all night and a pool table. But the Streets of St. Charles Tru was more expensive than the place Charles stayed–and was likely more expensive than the Hampton Inn–so I’ll probably not stay at the chain again, opting for Hampton Inn for lesser stays and actual Hilton Hiltons for the more luxe stays.

I did get the best room in the joint, though: 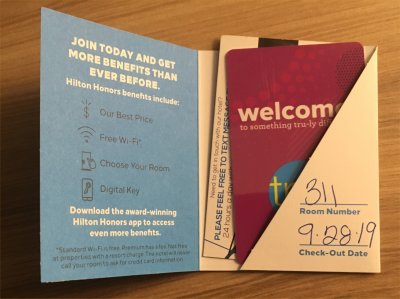 I thought I’d mention it to the clerk at check-in, but the song was older than she was by at least a decade.

The Streets of Saint Charles is a rather recent development in St. Charles. It’s a New Urbanist style block that has a couple of hotels, some apartments, dining, and shops. I might have liked to have lived in that sort of place when I was young, because it’s like a city without the dangers of living in a real city. A city for suburban kids. When I lived in the city, I lived in the city.

I had some dinner at one of the restaurants, and I dumbfounded myself with remembering that I once lived in St. Charles. I mean, I knew remembered it, but it was weird being there and grokking the knowledge.

It was for about a year and a half, when we first moved to the St. Louis area. We lived in my aunt’s basement whilst I was in sixth grade and part of seventh grade. I thought of my aunt and uncle as rich, but it turns out that they were simply middle class and struggling a bit. I would have mentioned to the server at the restaurant that I used to live in a mile or so away, but it was before she was born.

On Saturday, I got up a little early and hoped to hit the hotel’s “fitness center,” but the two treadmills and single weight bench were already full, so I went for a run/walk up to that house where I lived in St. Charles. My rich aunt and uncle’s house.

Which is a 1200 square foot ranch house. Smaller than any house I’ve owned. 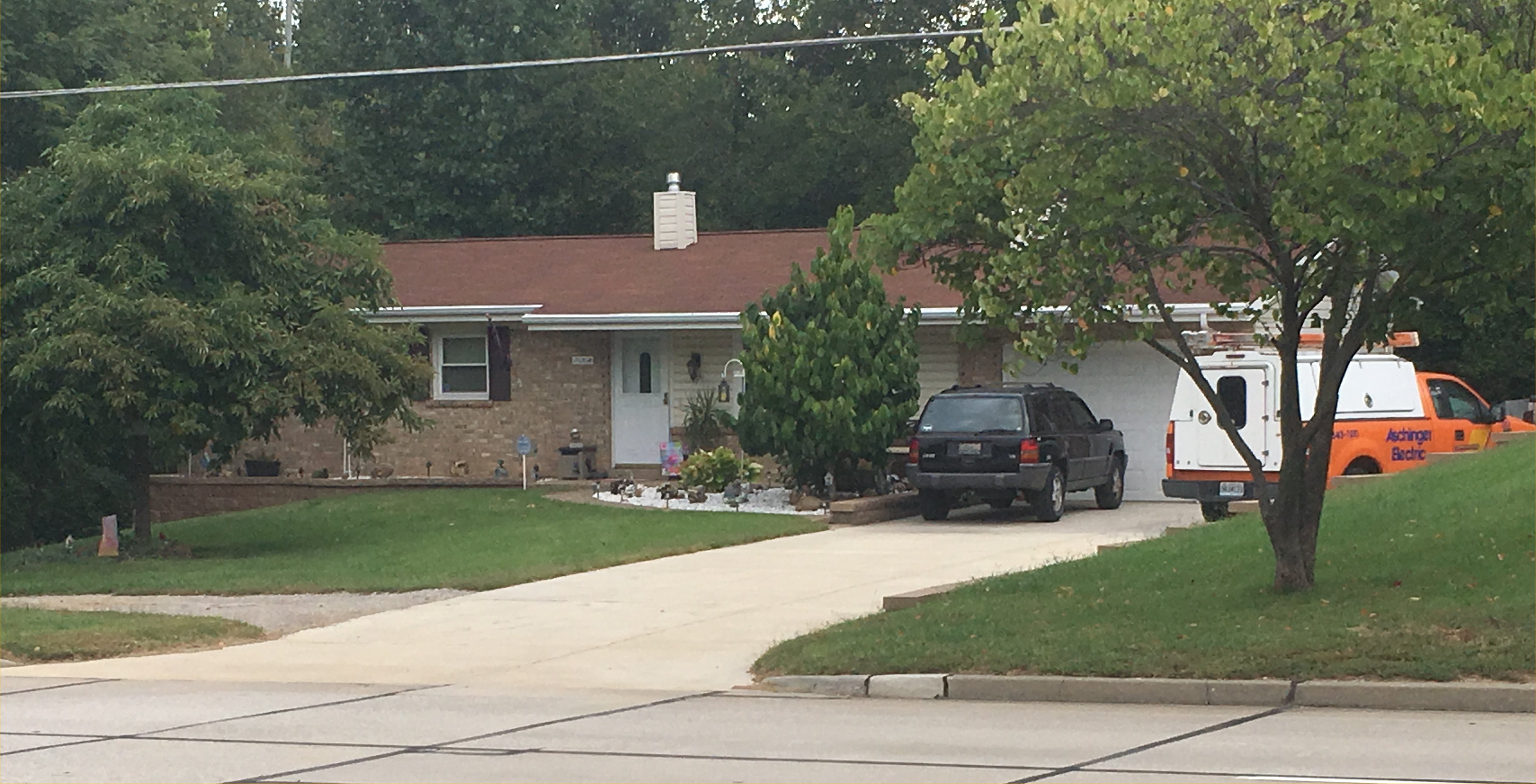 It has three bedrooms, one bathroom (and a half, as I recall), a living room, and a kitchen/dining room upstairs. They refinished the basement while I lived there, which meant painting the walls and putting down a thin layer of carpeting, so that my mother, brother, and I could live down there for a while.

Thirty-five years ago. The neighborhood completely changed, of course–when we were there, it wasn’t much of a neighborhood. There was a small subdivision (suitable for trick-or-treating), but it was forests and farmlands from there to the river.

Now, it’s all subdivisions. The road has been widened into a boulevard with sidewalks on each side wherever subdivisions went in, and the houses in the subdivisions all have more than five rooms. There’s an arena down the road and a Tru by Hilton.

It’s not the house that built me–by that time, we transitioned from the projects to this house to the trailer to the house down the gravel road in the valley so fast that I don’t have a place where I grew up aside from the transitions. But it is a stop on the way.

And when I returned to school after college, I never really wanted or aspired to live in St. Charles, even when I was working in a print shop a couple suburbs west.

I’m losing the people who knew me, and the places I once knew are changing beyond recognition. Is it any wonder I cling to the personal relics so tightly?