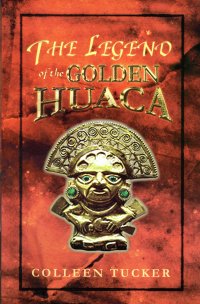 I got this book at a “book sale” last spring. A book sale, in the Before Times, was when a library organization sold books at fairly low prices as a way to raise money to help the library. I could tell looking at it where I got it; the first page inside has the price (from the Better Books section) and section. It’s different from the ABC Books markings, where I often also get books from local authors.

The book is the story of a group of fresh college graduates who go into the heart of deepest Arkansas to find out what happened to the missing father of one of the group. Late in the autumn, around Thanksgiving, the boy and his father were hunting and got a little lost when the boy falls and hurts his arm, which will end their trip. They find a rock which looks to have ancient carvings on it, and the father runs into the brush and up to a bluff and never returns. The boy gets help from some other hunters in the area, and they alert the authorities, and after a brief search, they all give up and the boy goes back to Springfield for college. He completes his finals and his final semester and gets his friends involved, including the daughter of a Real Archeologist who has a plane and for some reason decides to fly from Springfield to Northwest Arkansas. But that’s part of the problem I have with the book. So many of the parts require a suspension of disbelief.

You see, they find that the local hermit has found a cave containing treasure that Conquistadors were taking to New Orleans the long way when an Aztec prince and his retinue catch up with them, but the Conquistador Captain manages to hide the loot in a cave before they strike. A descendant of the noble (the book has a rather simplistic notion of the history of the Aztecs and lays out an easy Aztecs good/Conquistadors bad back story) lives nearby, seeking the loot of his ancestors. So when the kids come camping (elaborately) to look for the one fellow’s father (and maybe the loot), things kick into gear. The hermit sneaks into their camp; one of the kids gets greedy and wants the treasure for the treasure, not for the noble pursuit of archeology; and, eventually, they find the cave where the hermit has chained the father for six months (suspend your disbelief!) They liberate the father, who seems to have killed the hermit just that day, and an earthquake or volcano or Aztec magic destroys the treasure. But the kids have their memories. Except the greedy one, who died.

So. Although the biography of the author gives her creds in television and in law enforcement, she is an amateur. The pacing is a little off, the story makes you scratch your head a lot and need to suspend disbelief, and the ending disappoints. But as I was reading it, I felt a little deja vu–because I’m pretty sure that one could make the same sorts of critiques of my self-published novel, too.

And I couldn’t help but wonder, when thinking of this book and Murder at the Painted Lady, I had to wonder if not many older women were writing grandmother poetry these days because they were all writing novels.

At any rate, it was not the worst self-published book I’ve ever read, but you can probably pass on this one.