As I mentioned yesterday, I visited the Friends of the Springfield-Greene County Library book sale yesterday. It was half-priced day, so I hit the dollar (fifty cents!) records. Sometimes, I can put those in the hold area and take all of my purchases out at once, but yesterday, I paid for the records, put them in the truck, and then went into the Better Books section to look for actual, you know, books.

I limited myself pretty much to the art monographs, history, and Missouri/Ozarks tables because I managed to accumulate most of two boxes’ worth of books there as well (fortunately, I had my oldest boy who is going to be a teenager later this year) to help me carry.

As I mentioned, I got a couple of things. 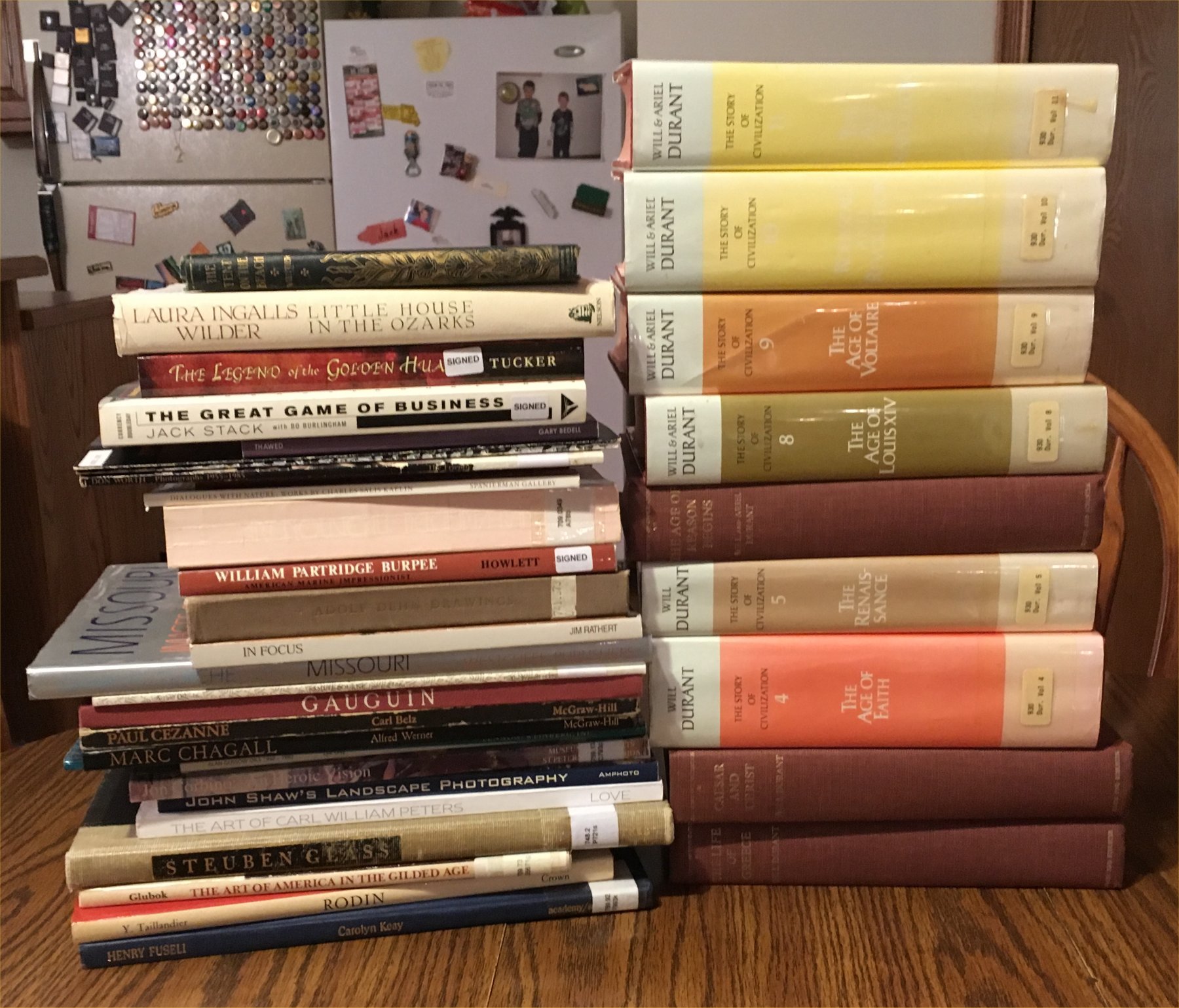 I also found a two incomplete sets of Will and Ariel Durant’s The Story of Civilization. The sale included two incomplete ex-library sets: one with the dust jacket and one without. The one with the dust cover had Volume 1, but on the overleaf where the price goes, it said “New” and then had some high prices marked down to $129. Others similar to that volume were marked $4 each, so I don’t think it was to be sold as a set, but I didn’t want to get into a controversy when arguing that that volume should be $2 on half price day and not $65, especially since I was already shelling out $25 for another old book. So I’ll look for Volume I and Volume VI now to fill out the set. I’ve been really jonesing for them since I read The Lessons of History in 2016.

“Will you read that?” my beautiful wife asked when she saw the stack of them.

“I hope so,” I said. I hope to read all of the books I buy. Which is why I am hoping for advances in medical science in the next decade or so.

At any rate, it’s thirty-five new books for me. And, friends, we have reached the stacks on the floor stage of book accumulation. Which means I should probably hold off on getting too many more for a couple of weeks yet.

Also, it probably means I should stop re-shelving books from my book accumulation points.