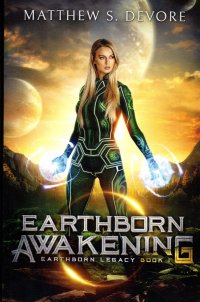 I got this book at LibraryCon last year and read it over the course of two days (vacation makes that possible).

Well, this book is pretty good. I actually just ordered it and its sequel for my nephew for Christmas, and if DeVore is again at LibraryCon this year, I’ll buy both inscribed by for my nephew/godson and give the ordered set to my cousin-once-removed whom I think likes fantasy (but I haven’t asked for sure because I wouldn’t know what to get him for Christmas if not fantasy). So last year’s trip to LibraryCon was especially fruitful, as everyone got A Blade So Black.

In the distant past, elves lived on Earth. It wasn’t their home world, but they lived here and built large cities and did their magic until the technologically and militarily advanced Urlowens conquered the planet and exterminated the Earthborn elves. One manages to make it to a stasis chamber, an experimental device designed to preserve a life; she hopes to only stay in stasis for ten years.

Meanwhile, after the fall of the Elves, apparently the Urlowen withdraw because ten thousand years later Humans have risen, and the Urlowens return. Although the nations of the planet have formed an Alliance to defend against space-borne threats, they’re not much of a match for the Urlowen–who seem to have lost the ability to do magic themselves. But a member of the ragtag resistance stumbles upon the stasis chamber and releases the Earthborn Elf, and maybe the Humans have a chance.

The book weighs in at 326 pages, but it moves very well, drifting between the points of view of an elite team of Urlowen and the resistance members. The Humans get some help from the newest member of the Urlowen Council Guard, but it’s related to intrigue among the Urlowen rather than benevolence.

As I said, I read it in two days and will probably read the second book in the series, Earthborn Alliance, before long. According to the author’s Web site, the third book is not yet out. Maybe by LibraryCon 2020 should such a thing occur.