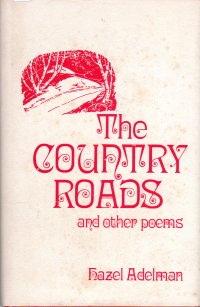 I am on a streak of sorts: This is the second book of poetry in a row that I’ve read and enjoyed (the other was 100 Love Sonnets by Pablo Neruda).

Mrs. Adelman didn’t win the Nobel Prize for Literature (and she wasn’t a communist, either, which probably helped Neruda with his). Instead, she fits into the World War II generation of grandmother-poets who kept several magazines afloat with their literary reading and writing even though many of them didn’t have much formal education.

The poems in the book are a cut above a lot of the grandmother poetry I’ve read. The book called them ballads, and they are longer, lyrical lines with end rhymes–and some internal rhymes–with a good sense of rhythm that is not regularly iambic. The topics are concerns of mid-20th-century housewives: Family, home, church, and patriotism. Although she writes about church, the poems themselves are not religious- or Christian-themed like you find in some similar works. Well, you would find them there if you read similar works. Sometimes I think I’m the only one reading these books decades later.

This is not a chapbook, by the way. Mrs. Adelman published this through Vantage Press, which was the bigest vanity press “publisher” of the latter half of the 20th century. Basically, you paid them a bundle (thousands of dollars) up front and provided them with a manuscript. They laid it out for you, designed the book cover, and printed a couple hundred or a thousand copies for you to distribute. So when she published her collection, Mrs. Adelman invested in it.

And a nice collection it is.