I placed this order last week early in the week, so I’d hoped it would come last week, but it’s here today. The stay-at-home order for Missouri will end on Monday, May 4, so I’ll stop ordering books online and return to my regularly scheduled trips to the north side. Which will be a bit of a boon, but also I will lose the sense of Christmas I get when unboxing things that I’ve forgotten I ordered.

Last week, apparently I went through the drama and film section again: 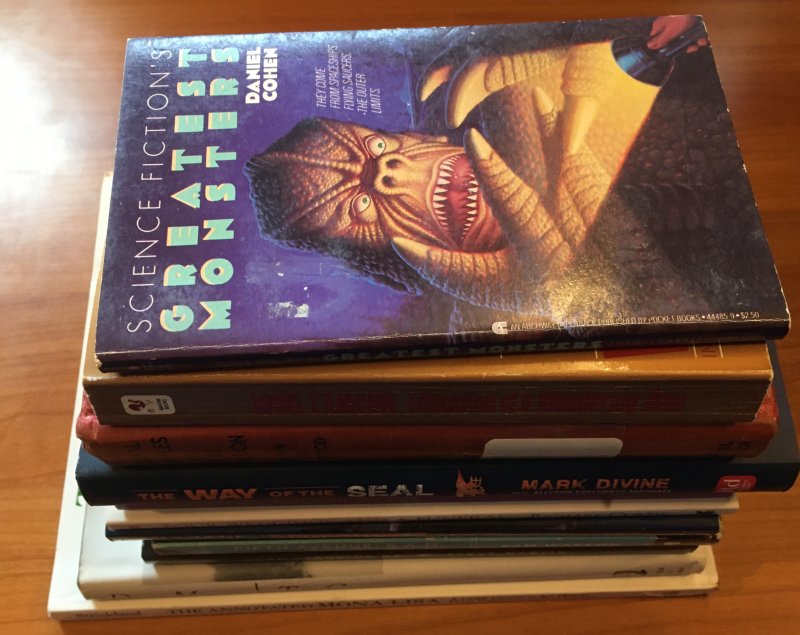 The stack of unread ABC Books on the floor is not as tall as I am, so there’s no problem yet. Now that I’m in between novels in the Agatha Christie omnibus, so perhaps I can knock some of these shorter books out.