My father was born in the Baby Boom generation to a family of carpenters and outdoorsmen, gentle reader, so as I grew up, I was pretty sure he knew how to do everything. He could build a house, repair or rebuild a car, survive in the woods on his own, and so on.

Of course, my parents divorced when I was a pre-teen, my mother got custody, and we moved to Missouri, so I really didn’t get to spend a lot of time with him in those years where I could have learned a lot of things like this from him. You know, useful skills. Not that it would necessarily have done any good, though. I did live with him during my college years, and I didn’t take the time to absorb what I could have then, either, as I was busy working or studying (just kidding) or trying to frame myself as a poet and writer who would eventually be a big deal in New York or something. Anyway, to cosmopolitan for anything like working with my hands.

I am probably retconning a bit to be harder on myself than I need to be here. After all, I worked retail, warehouse, and printing jobs through those years and into my immediate post-college career, so I wasn’t as genteel as that. However, I did not learn a lot from my father when I could have.

So I received a little note this week from my grandmother in Wisconsin along with an enclosure. 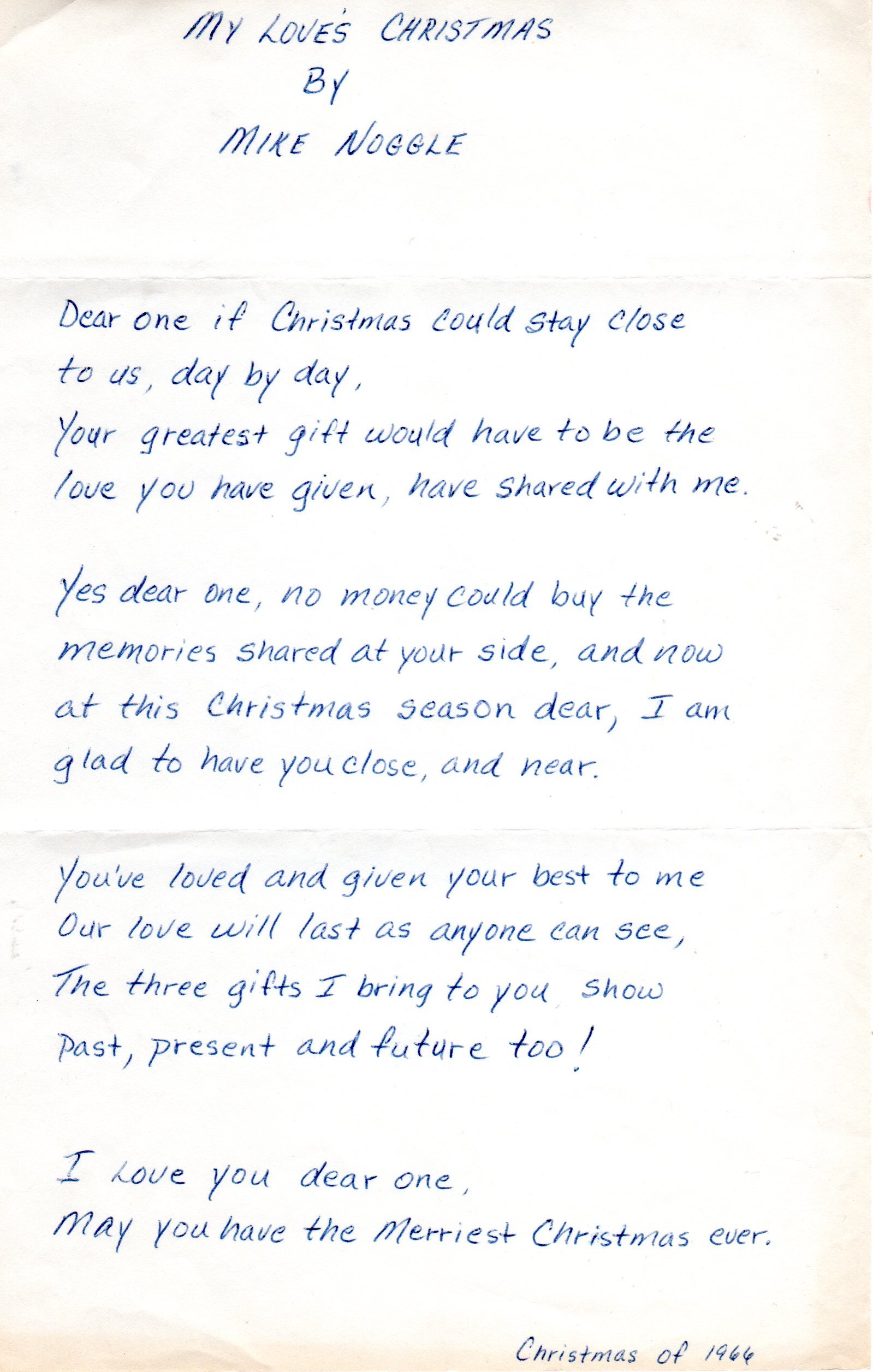 It’s a poem he wrote in 1966, high school or perhaps his first year in the Marine Corps. It’s before he met my mother, as she did not enter the Corps until the next year. Maybe it was for the girl girl who gave him this sweater. Or another. He was a handsome young man, a football player in college, and popular with the girls. Although my grandmother had it, so perhaps he wrote it for her.

Apparently, he could write poetry and had nice handwriting to boot.

So here I am, older than he ever was, and I still have to find a way to equal him. Although I’ve got him on years married to the same woman. I think he topped out at eleven years twice.