So yesterday, we headed down to Ozark for the semi-annual Friends of the Christian County Library book sale, and it was only when we got to the library in Ozark and saw an emptyish parking lot and the shades drawn on the meeting room that I remembered that the Friends of the Christian County Library has started shifting one of the two sales to the Nixa branch. Which we did not pass as we drove through Nixa to get to Ozark. As a matter of fact, we have never been to the new flagship of the Christian County library, which turns out to be a larger and nicer facility. Which meant they could spread out about the same number of books over slightly more floor space.

At any rate, it was half price day, which meant I got a bunch for a little. 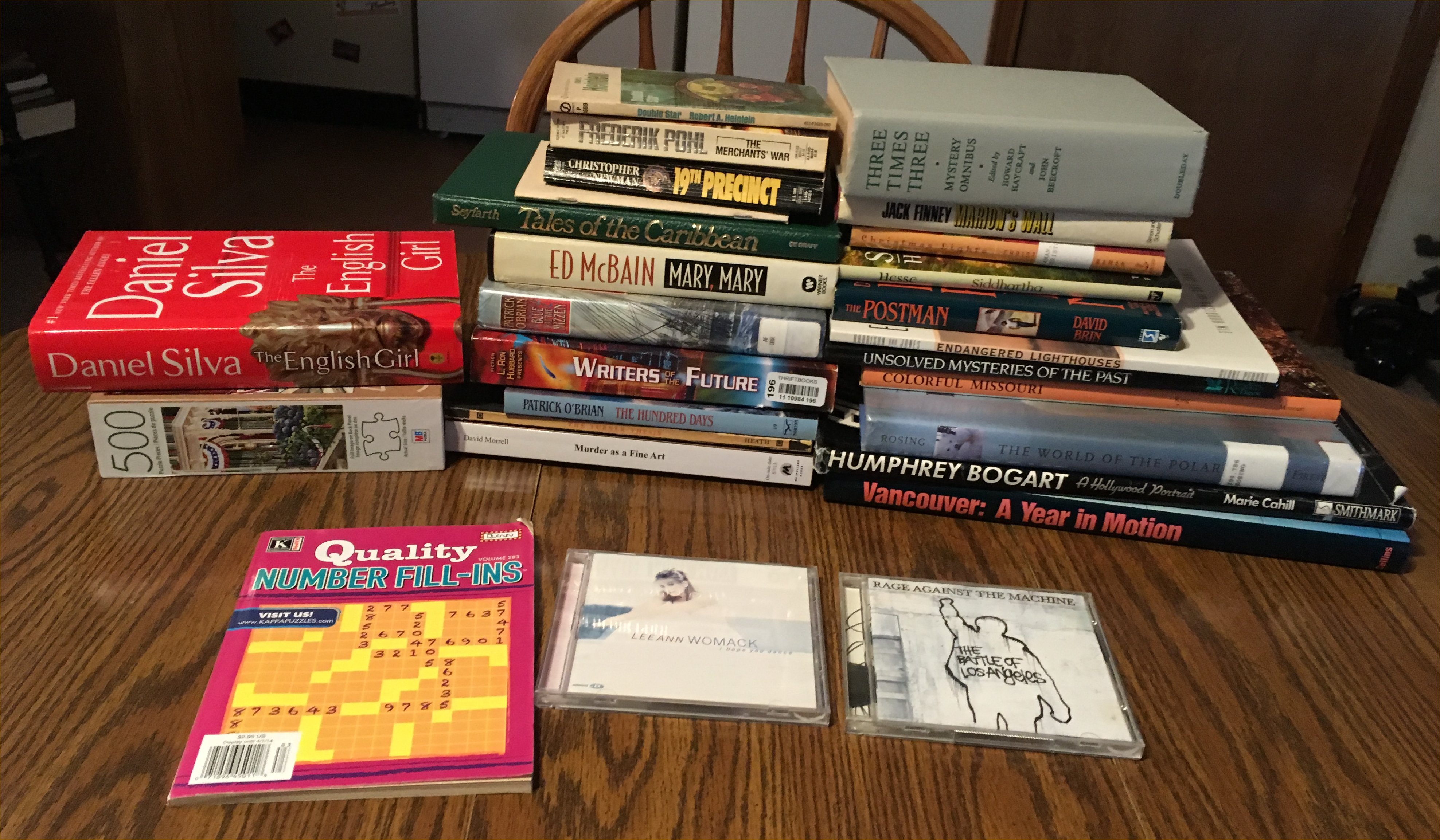 I also bought a book of number crosswords for my youngest son and two CDs: Lee Ann Womack’s I Hope You Dance and Rage Against The Machine’s The Battle of Los Angeles. No John Denver, though.

The total for my books and the three books and puzzle that my wife bought: $11.50. I laid out a twenty and then renewed my membership in the Friends of the Christian County Library as I do every book sale, whether I attend once or twice a year.

Which reminds me: I have just lapsed in membership to the Friends of the Springfield-Greene County Library, and I should consider renewing before I venture up to its (their? our?) book sale next week.