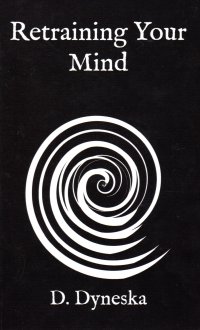 I bought this book just last Saturday, and after I read Ice Wolf, I needed something to read, and I certainly couldn’t read another Executioner novel as the default right after an Executioner novel (there are rules, arbitrary as they are). So I picked this one up since it was on the top of one of the stacks.

When I was talking with the author, she asked if I read a lot of books in this line. I said I read more Buddhist thought than self-help books, and she said this wasn’t really self-help. I don’t mean to demean the genre when I call it that–I don’t tend to think of self-help as exclusively concerned with battling addictions or abusive relationships or whatnot. I think it also includes the sort of thing my wife likes to read about building good habits, making your bed in the mornings, and thinking right. Books concerned with the practical things. Which, to be honest, is what I read Buddhist thought, Stoics, philosophy, and literature for–to figure out how to live the best possible life. So maybe I do read books like this a lot. Amongst the innumerable men’s adventure books.

At any rate, the book has the feel of a journal more than a denser, dare I say it, self-help book. It contains a number of inspirational quotes and chapters on defeating excuses, getting to know yourself, allowing positive distractions, setting priorities, and whatnot. It’s a short book, weighing in at 130-some pages including some lined pages for your own notes and featuring generous margins. So it’s not a heavy read.

As I mentioned, the book reads more like a journal–it’s written matter-of-factly, and mostly in the second person (you can do this, you can do this) and with few examples or stories from her own life and mind retraining. She alludes to recovering from a devestating house fire, but it’s only mentioned in passing; this would have been a pretty gripping example of keeping a positive mindset.

This book certainly is from Springfield, though: When discussing things that can make you smile, such as jamming to music, painting, taking a walk, taking a bubble bath and massaging your own feet, she lists shooting guns. You won’t get that out of an author writing this kind of book in Connecticut or California, werd.