I had a couple of minutes to kill after dropping my children off at school and before I was scheduled to help set up the Friends of the Springfield-Greene County Library book sale (I’m not just a messy patron; I’m also, sometimes, a volunteer). So I stopped at the local outpost of Classic Rock Coffee for a cup of joe.

If you’re not familiar with it, Classic Rock Coffee is outfitted more like a rock club than Starbucks (and this particular location has a music venue off to the side). There are black lights and music memorabilia on the walls. And several of the booths have a collection of classic rock album covers beside them.

So, because I’m bored (or was during that interim), I’ve decided to make it a quiz. Which of the albums beside the booth do I own?

I was sitting today at the western most booth, which features these album covers: 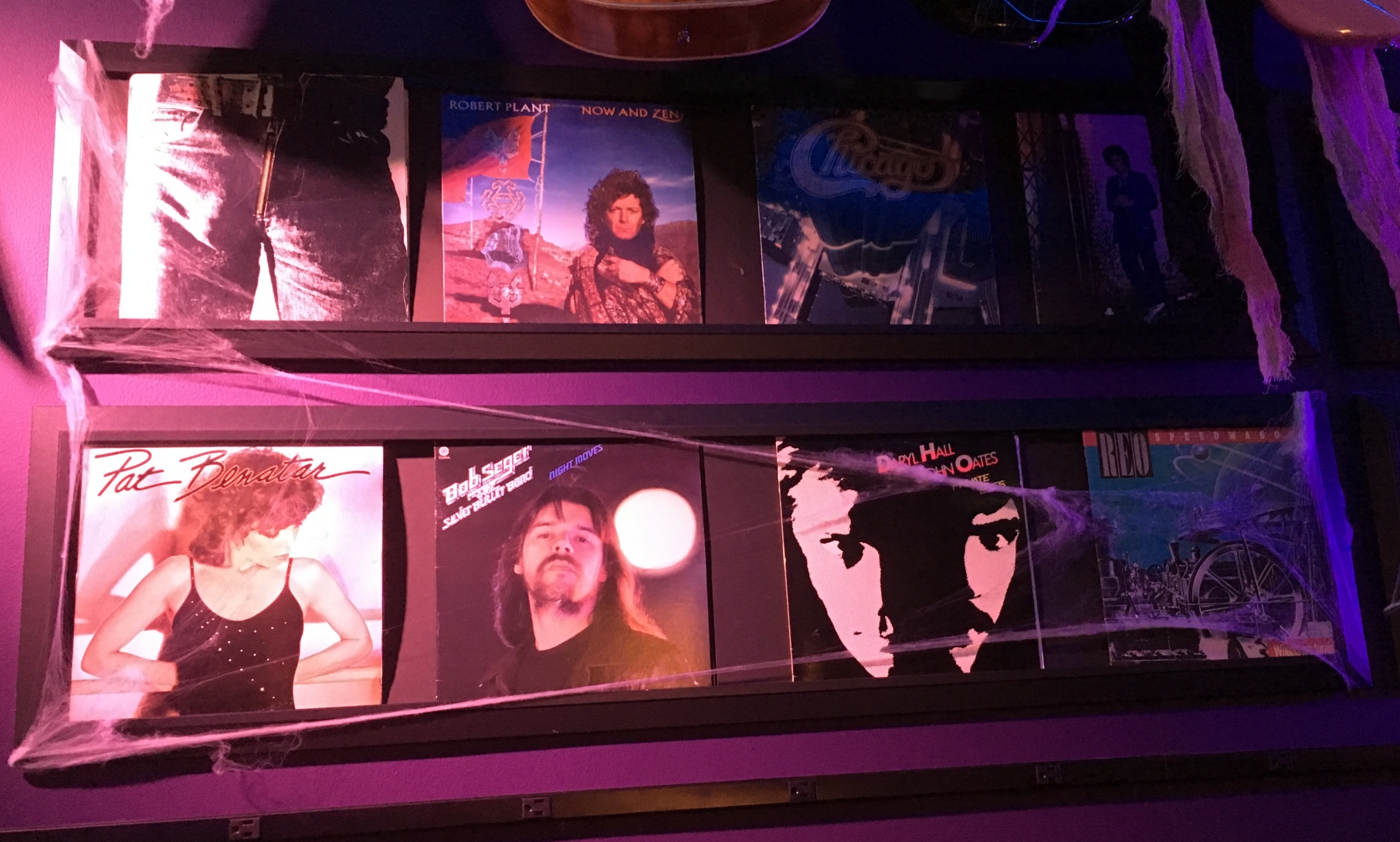 I’ll bold the ones I own:

25%. Not very good. Given my other experiences at the coffee shop, this is about what I get for every booth.

Note that the albums I own from the above list I first got on audiocassette, but I have since upgraded the Billy Joel to CD.

1 thought on “The Classic Rock Coffee Album Cover Quiz (I)”