Yesterday, I had a second opportunity to kill some time at the Classic Rock Coffee shop after dropping my kids off at school, so I sat at another booth and snapped a picture of the album covers on the walls.

How well did I do? 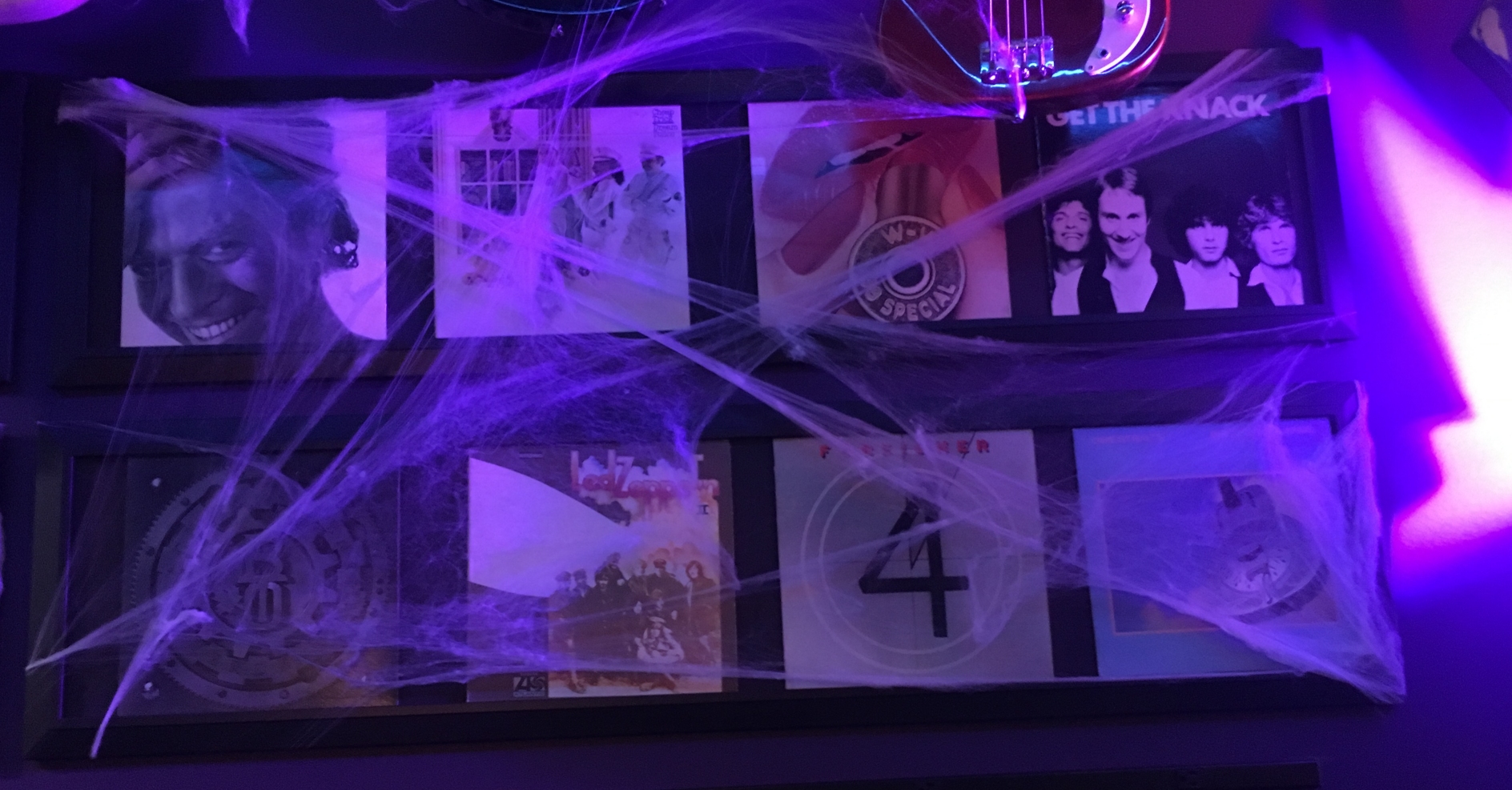 Well, let me bold the ones I have:

Apparently, I am a classic rock poser. I didn’t even recognize two of the covers and couldn’t make them out. This would probably be easier in any month but October without the fake spider-web decorations.

In my defense, I once saw BTO in concert at Summerfest. Also note I do have greatest hits collections from Foreigner and BTO, so I have the hit tracks from each album in my personal collection.

As I mentioned, 25% is likely to be the ceiling for my scores in these quizzes. If you recognize one of the album covers I couldn’t identify, leave it in the comments, and I’ll correct it in the list above. I won’t likely correct it in my music collection, though.

(The first in this series of quizzes here.)

UPDATE:Thanks be to Friar for supplying the missing album titles. In unrelated news, he titled his post today after another classic rock album.