On Monday, my son and I had a little time to kill before a meeting, so we stopped in at a small grocery store in Republic, hoping to use the bathroom and to pick up a couple of things that were on the whiteboard on the refrigerator as things to pick up at the grocery.

Strangely, the store had neither orzo or Advil gel caps in stock, so I stopped at the service desk and bought a couple lottery tickets. I explained to my son, who balked because buying lottery tickets was a waste of money since you have no chance to win, that the difference between no chance with no tickets and an infinitesimal chance because you have one lottery ticket is completely different (left unsaid that buying a second ticket, now that is a waste of money). Also, I explained to him the important rule that, if you use the bathroom in a business, you have to buy something. 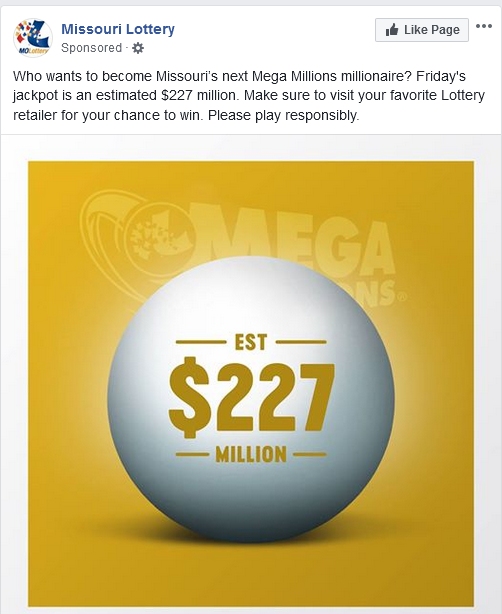 This is very interesting timing, especially since:

So how did Facebook know I bought lottery tickets this week? Science! Of some dark sort. Or luck.

I haven’t checked the numbers yet because I’m lazy about that sort of thing, not the sort of person to watch them as they’re announced on television.

But Facebook has not started showing me ads for really expensive things, so that probably indicates that I didn’t win. Again.