Friday closed out the semi-annual book sale season here in the Springfield area. The trifecta of the Friends of the Christian County, the Springfield-Greene County, and Clever Library(ies) provide the basic three book sales we hit in the spring and the fall. Things like the Lebanon-Laclede County or Polk County libraries, an hour away, are the outliers.

This season, like so many, we hit all three, with the trip down to the Clever fire station closing it out.

It’s the smallest of the three sales, but I managed to find a couple things. 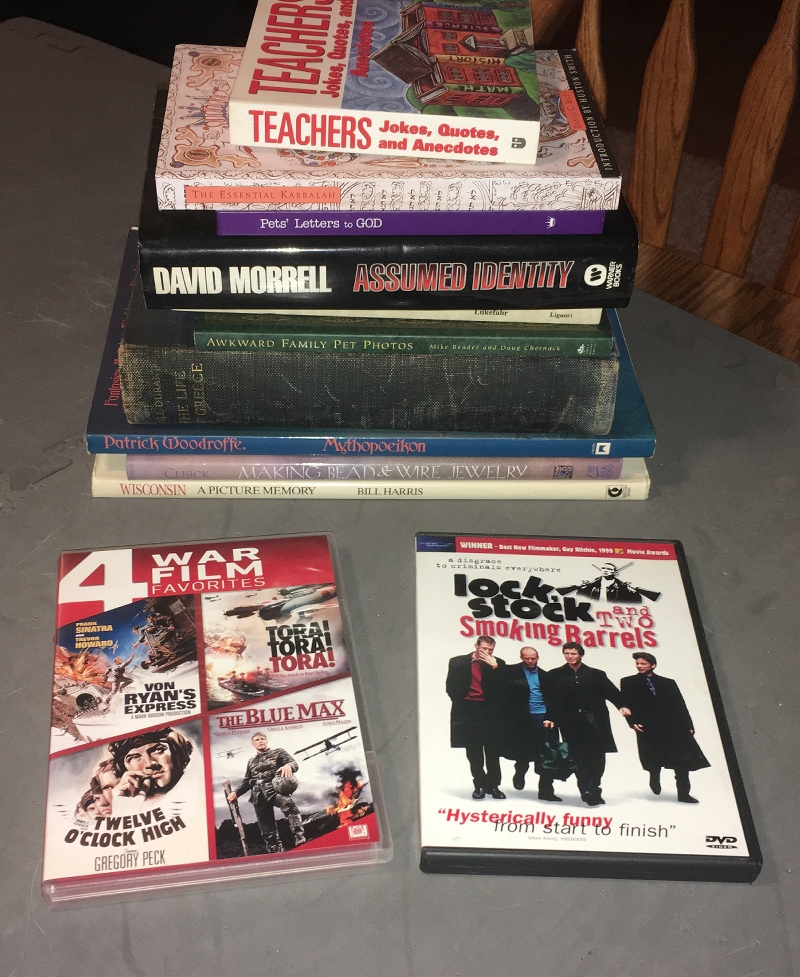 Not purchased: Any of the John Sandford Prey novels I might lack; the Tibetan Book of the Dead; a book on competitive running.

I also picked up a couple of DVDs: A four pack of WWII movies including Tora! Tora! Tora! because I’ve seen it memed a bit lately, but mostly because it includes Von Ryan’s Express which I bought during my eBay listing days and sometimes use as test data for this Web site I test. As part of my testing, I learned Frank Sinatra was in the film version, which I now own. I also got Lock, Stock, and Two Smoking Barrels because, well, in my recent Jason Statham film watching, I was going to quip on Facebook that I’d even watch Lock, Stock, and Two Smoking Barrels if Jason Statham was in it, and lo! He actually is. So I will have to watch it.

At any rate, with a couple of books for the children and, I presume, something for my beautiful wife (although I’m not sure where they went), we spent several sawbucks, but the Clever Library needs all the friends it can get.

So I should probably sit down and read some books here soon. It’s been a while since you’ve seen a book report, ainna?