It was Easter, so I was at church in a suit that Ace Atkins would mock. After the morning service, the church offers a fellowship half hour where you can generally eat doughnuts, drink coffee, and socialize, but, on Easter, the youth group made real breakfast food as a fundraiser. And, man, I could use it. The church service, filled with infrequent visitors, included a communion.

As I got into the very long, line, a couple of family friends met with me. The wife presented me with a bag and said it was a gift for my beautiful wife and I.

The wife said it wasn’t, but the husband disagreed, saying it could be if you were hungry enough.

So I looked into the bag, and it’s a little stuffed Chewbacca, a Hallmark Itty Bitty. “You’re right, it looks to be a little Chewie,” I said. Ha! I kill me* and make others want to.

So I stuffed the plush sculpture into my suit jacket pocket where one would normally put a handkerchief. In my university days, the early denim jacket days before the final trench coat days, I carried a little stuffed panda (Edwin) in the jacket pocket. I was a strange young man, but I’ve evolved beyond that.

On Easter, I hoped someone would ask me about the Chewbacca just so I could respond with, “Do you know the story of the Easter Chewbacca?” When the questioner would undoubtedly answer in the negative, I could respond, “Neither do I. I was hoping someone would tell me, because someone gave me this on Easter, and I hoped there was a story.”

So I’ve brought the Easter Chewbacca home and put him atop the grandfather clock in the parlor. 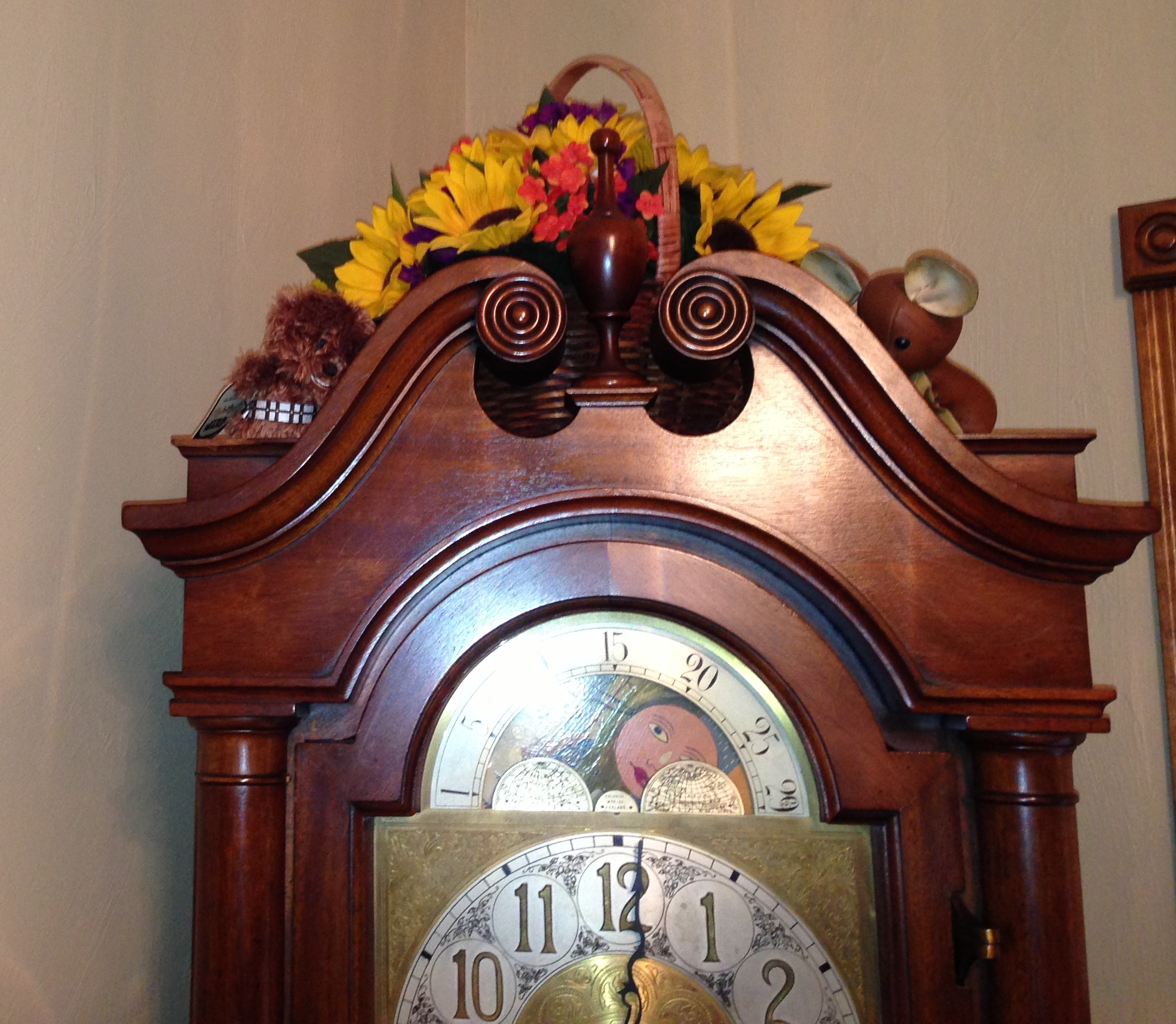 He sits opposite a small leather mouse whose story I know, sort of: Slim, the man who bought the clock and later married my aunt, put the mouse on the clock because of the nursery rhyme (“Hickory Dickory Dock”, I explain to you young people whose modern nursery stories are Minecraft or Five Nights At Freddy’s). As each new owner has inherited the clock (my aunt, my mother, and then I) and as each owner moved, that little mouse ended up atop the clock.

Now, the mouse has a partner. And we have a mystery for the ages: Why, exactly, did I receive a Chewbacca on Easter? Perhaps it was for my beautiful wife, and she knows the story. I suppose I could ask the friends who gave it to us, but, honestly, the truth is generally more disappointing than idle speculation, especially when you have an imagination as vivid as mine.

Perhaps you know the story of the Easter Chewbacca. Please feel free to leave the “truth” of the matter as your fevered imagination invents it in the comments.

Below, Chimera offers a commentary on the Easter Chewbacca:

* What, is that an Alf allusion? Aren’t I mixing my alien metaphors here? Aren’t I ceding my authority as an announcedly classically educated fellow by alluding to forgotten 80s sitcoms? I’ll leave that to you, gentle reader, to assess.

2 thoughts on “The Story of the Easter Chewbacca”