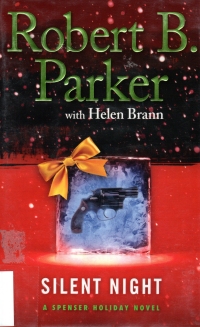 This book was a little bit of a gift; it was, for me, an unexpected new Robert B. Parker Spenser novel. And although I savaged a lot of his later work on this very blog, because I know (suspect) this will be the last of his Spenser novels (although it was completed by someone else), I enjoyed it.

The plot: Around Christmas time, a boy comes to Spenser for help. The boy is associated with an unlicensed youth help facility. Run by the brother of an importer/exporter. Of drugs. The center is funded by the brother, who is unhappy about it but promised his mother to take care of his brother. Someone is attacking the brother who runs the shelter, trying to drive him off. The authorities are on the drug-smuggling brother, and he’s about to bolt, but he’s going to tie up some loose ends–including his former tennis pro girlfriend who might know too much. Until Spenser.

You know, trying to sum up the plot, I wonder if it holds up to scrutiny, or if the plot is merely the excuse for some Spensering.

Regardless, it’s full of proper Parkeriana: “Wouldn’t it be pretty to think so?” and unnecessary asides and psychoanalysis. We also get the obvious errata, like describing a Playstation and a couple of game cartridges or taking the shells out of a rifle. But because this is the last new Parker Spenser I’ll (probably) read, I kind of viewed them with affection.

Although I did laugh out loud in the climax, when the tennis pro is faced with a killer at a dinner party and picks up a knife from the table and throws it at the fellow, stopping him cold with a table knife to the chest. and Helen Brann, I presume. That does not read like something Parker would have done.

At any rate, I enjoyed it affectionately, and as time passes, Parker’s rising again in my memory. Perhaps I will fill out my collection of his works after all.

Now, with this rosy glow, do I pick up some of the latest John Sandford novels from the library?

UPDATE: As he mentions in the comments, Friar has already read this book.

3 thoughts on “Book Report: Silent Night by Robert B. Parker and Helen Brann (2013)”