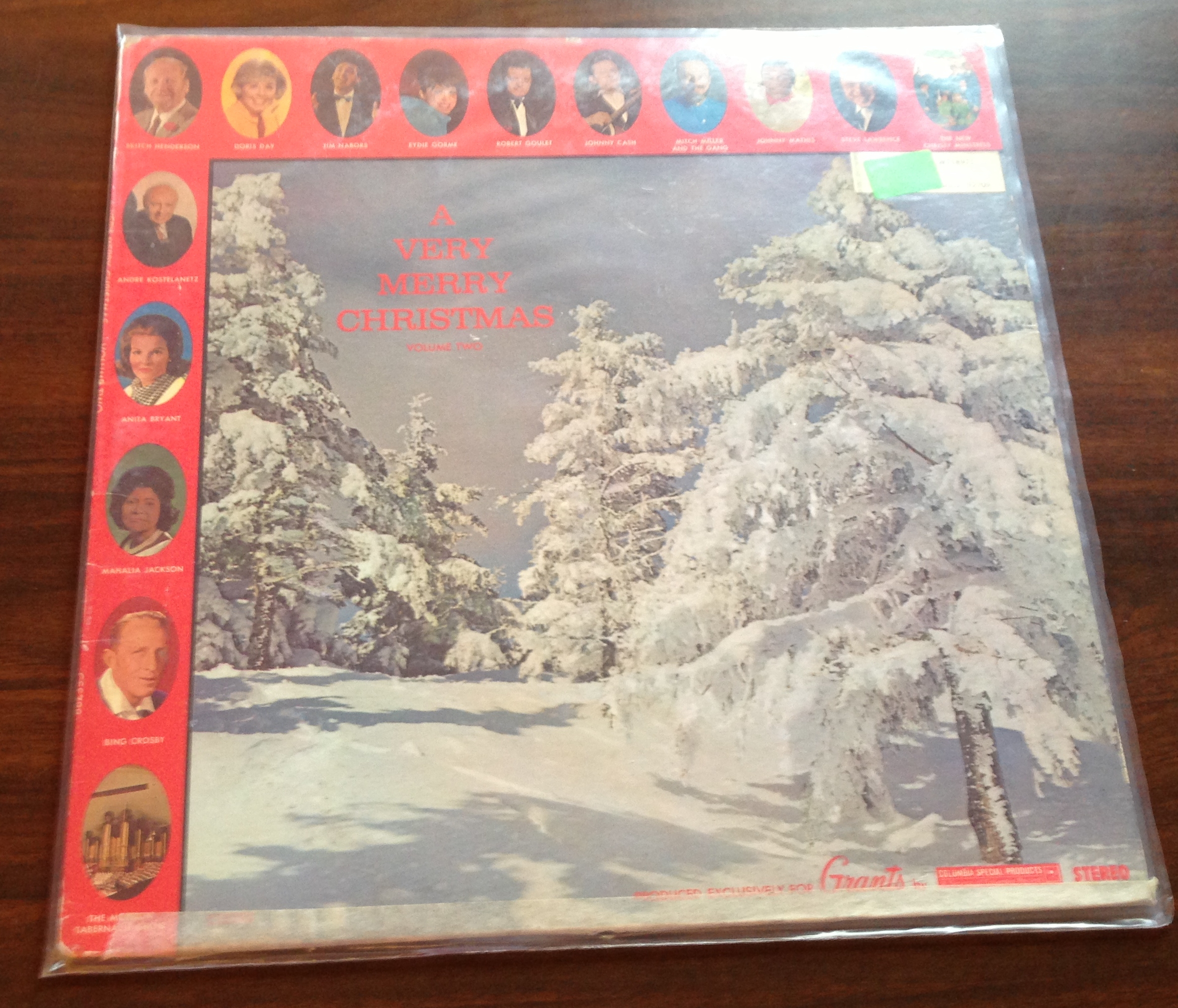 This album belonged to my mother from the time she served in the Marine Corps; the address label in the corner was for El Toro MCAS. The price tag in the corner means she tried to sell it at one or more yard sales after she moved on from LPs. Obviously, it didn’t sell, which is fortunate, since it is a relic from my youth I can hold onto.

It’s a compilation album, and the second of a series. It has Christmas carol standards by a number of the popular artists from the middle of the 20th century.

It’s a fine mix, and I enjoy the compilation albums more than most Christmas albums by a single artist simply for the variety’s sake. Some songs on the compilations appear on some of the individual albums (cough, cough, Robert Goulet).

This album includes “I Heard the Bells on Christmas Day”, a song not found on many of my other compilation discs and a couple of artists I’ve not heard of or seen in record bins (Mahalia Jackson, Skitch Henderson and His Orchestra). Additionally, this album, played in my youth, would have been the first times I heard Eydie Gorme, and how could I tell thirty-five years ago how big of a fan of hers I would become?

At any rate, this album is aces and gets a lot of play during the Christmas season here.