So as I was digging through boxes in the store room for this post, I came across a box of old comic books not in poly bags. As I glanced in the box, I saw many were without covers, and I thought they were the old Gold Key and Harvey comics from my Great Aunt Laura.

When my mother and her sisters were young, they’d go spend the night with Laura from time to time. Somehow, they ended up with a stack of comic books in the non-super hero genres, with a lot of Richie Rich, Caspar the Friendly Ghost, Hot Stuff the Little Devil, and Wendy the Friendly Witch series along with some Disney comics. When we ended up in the St. Louis area in the middle 1980s, as I was beginning what they call Middle School down here but Junior High in Milwaukee, my brother and I ended up with this well-worn collection, many of which were missing covers and whatnot. I thought I’d rediscovered them.

So I mentioned them to my oldest, who is eight years old and ready to begin reading comic books. And I cracked open the box last night to find that the box contained not my Aunt Laura’s old comics, but my comic books from my elementary school years. 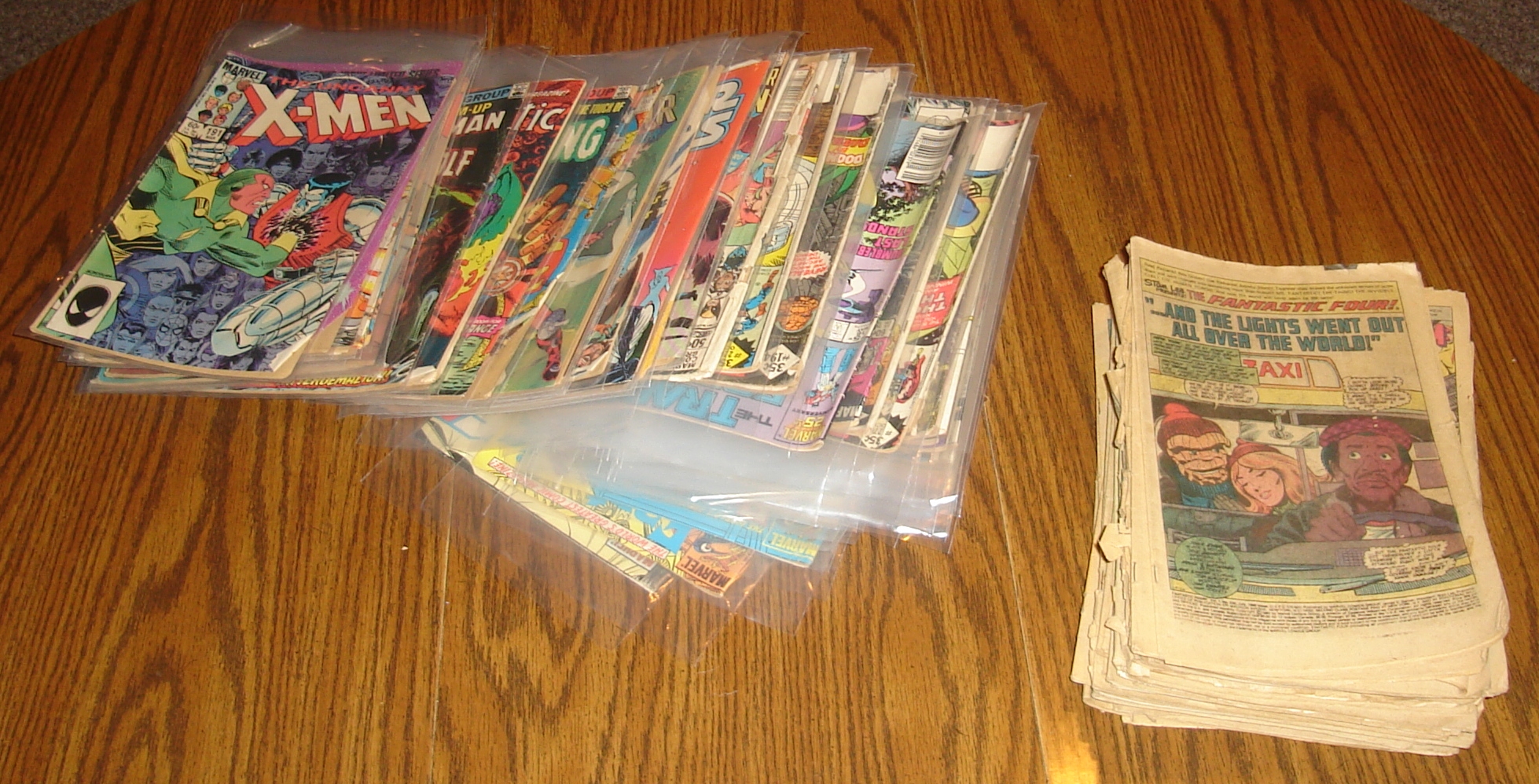 Allow me to explain.

I have several boxes of comics neatly organized and in poly bags. These comics come from my high school and college years (and beyond), when I wanted to organize them and take care of them. I had thought I’d gone through and bagged my whole collection a decade ago, but….

This box contains books I bought at the drug store when I was living in the projects, when I could sometimes scratch together a buck to buy a comic. Or, more likely, I’d scratch up a buck and buy a poly bag with three remaindered comic books (you see, it’s not only my music collection that was built on grab bags). Because I was ten years old, and because some of the remaindered books already had their covers partially removed for the retailer refund, these books got read over and over and worn out.

So they now look like my Aunt Laura’s did then. Except these are older to my children than those comics were to me when I got them.

So I bagged up the ones with covers, and I’m considering letting my child(ren) read through the others.

It’s not easy, of course: Although they’re falling apart, they’re relics from my childhood that my children will, in all likelihood, destroy by sleeping on them, walking on them, fighting over them, and whatnot.

Even now as I glance through them, my eyes catch a panel or the title, and I remember the story clearly and even some of the other panels within them.

Of course, my aunts did not have these qualms in passing their childhood comics along. They were just comics, and my mother and her sisters were adults. But I’m a 21st century adult, which is closer to 20th century child than 20th century adult. So I’m going to give them to my children, but I’m going to have to read them again first.

Sure, I’m a pack rat, but some days that pays off in finding something treasured and only half-remembered amid the piles of clutter I can barely walk through.

2 thoughts on “The Human Torch Is Passed”