After my recent experience with lingonberries, suddenly I’m trolling the international section of the local Price Cutter looking for interesting sounding things to consume. I mean, someone has to. No, if you’re wondering, they have not yet restocked the lingonberries after I bought one of the two jars on the shelf. The hole is still there, like a missing-toothed smile, and it will remain so until the next boat from Sweden docks in Springfield.

What did I get this time?

A German bread made from sunflower seeds. 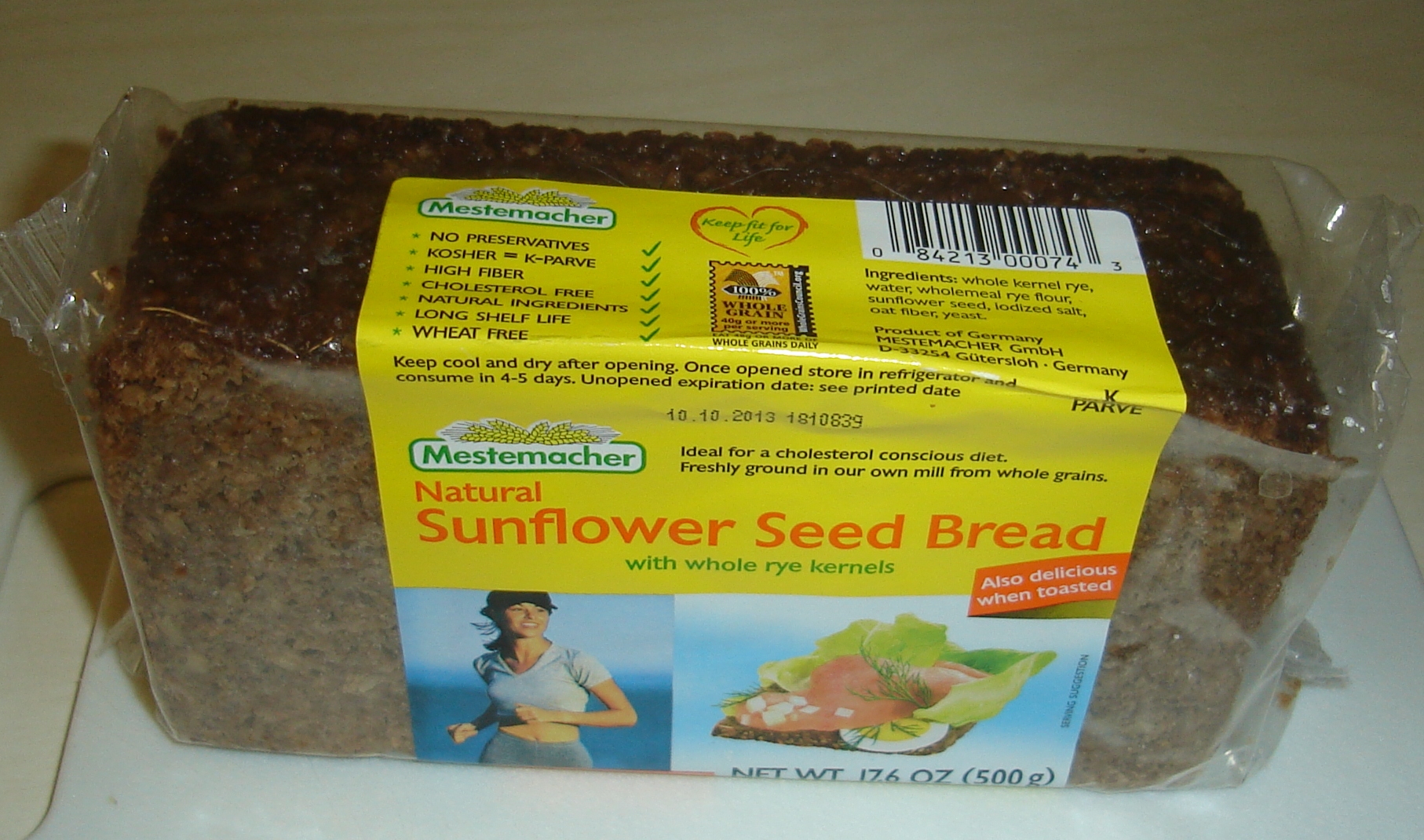 It comes in long slices horizontally, so I decided to cut each slice in half and make two sandwiches from two slices. What did I put on them? What do you think?

Lingonberries, of course. I mean, had the Thirty Years War or some other conflicts ended just a little differently and the greater Swedeprussian Empire existed, this might have been the national mascot snack, like vegemite sandwiches are for Australia.

Dude, that was nasty.

Some things I eat, like kielbasa, I think are good until I hit a certain point at which point they change to Ew, this is nasty. This was more “I can finish this” until it hit that point where it was intolerable to eat another bite.

We then tried to convince the children to eat it. We don’t have dogs, you see, and so we try to sucker our children into liking the things we don’t want to eat ourselves. And they were having none of it.

So I dumped half a loaf of it in the garbage. It came so far and crossed an ocean for such an unceremonious end.

And if I have too many experiences like this with semi-random international food pick-ups, I shall lose my courage to try something else new.