Here I am, stepping all over Charles’ schtick by blogging about shoes, but here is one of my current, relatively new, and very soon to be former shoes: 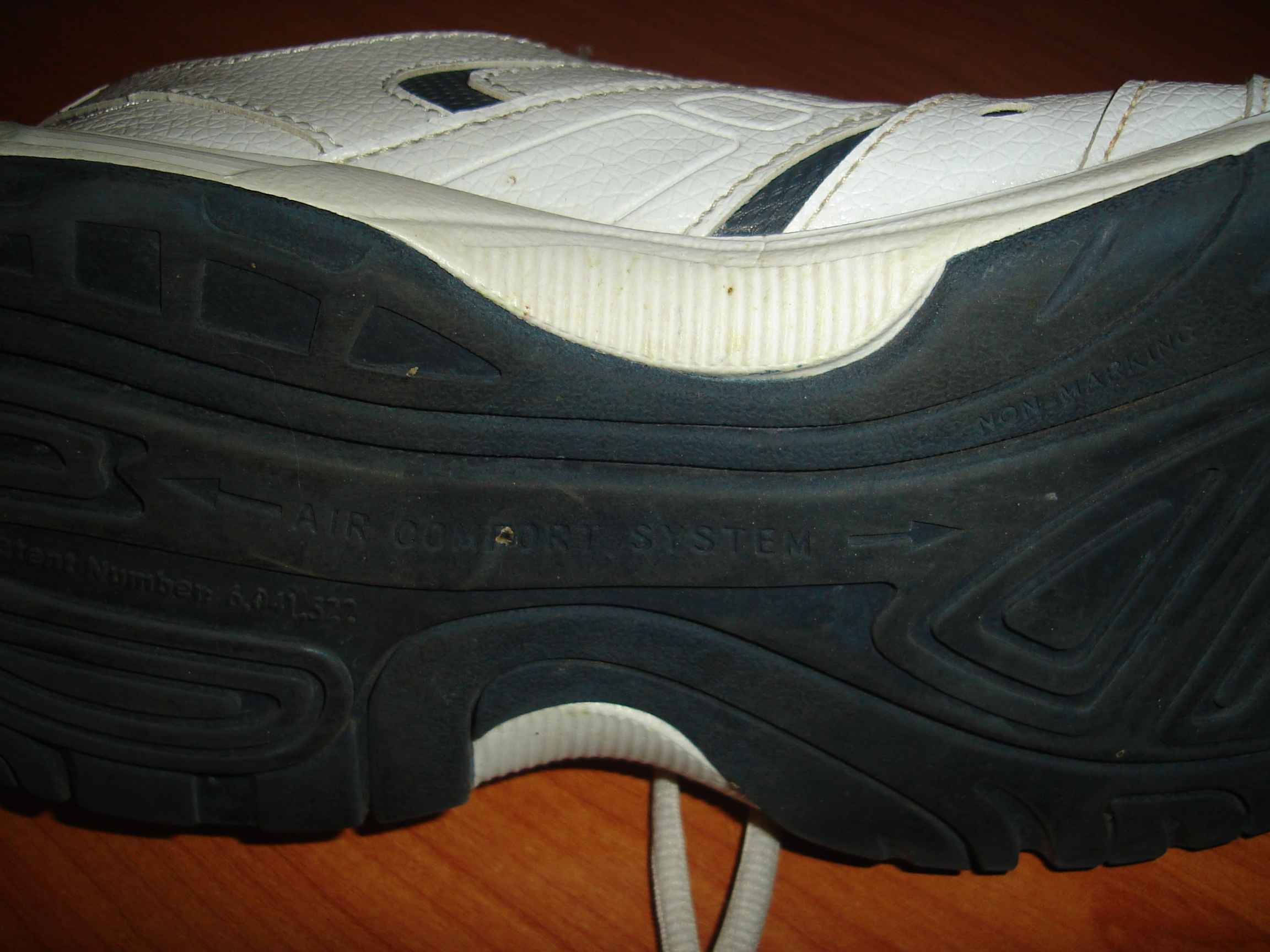 I bought these shoes for $20 recently at Target. Or Walmart. Wherever, I don’t pay more than $25 a pair for daily walking around shoes because I have a tendency to step in or drop things that are not white. Of course, I have always worn white shoes (except for my two year hitch as a printer, where I wore a lot of black and reflect blue) because, as a child, I liked running and looking down at the blurring white streaks that were my feet (I was that fast, but no more).

Notice the text on the bottom of my left shoe. It says “Air Comfort System.” For the purpose of separating this particular Starter shoe from other $20 offerings, the company has put air bladders in the bottom of the shoes. They make it out like it’s a comfort thing, but I think it’s probably just cheaper than solid rubber or synthetics.

In my basement recently, I heard a little tweeting like a bird was in the basement, but I couldn’t find the source. It didn’t make me question my sanity immediately, as we’ve had a bird nest at the top of our chimney this year, and you could hear the birds pretty clearly at the end of either flue. But I heard this particular tweeting in the hall downstairs and later in the hall upstairs, far from the chimney. Maybe it’s the hallucinations, I thought to comfort myself.

Apparently, the air bladder on the bottom of my left shoe developed a small hole. Randomly, when I lifted my left shoe, the air sneaking back into the bladder made the tweet sound. I finally isolated the source of the sound, which is why I can recount the story (the other strange sounds and voices I’m keeping to myself).

Oh, but that was a couple days ago, and this is now. Now, the hole has opened wider so every step has the effect to a greater degree. I sound like I’m walking in a room full of dog toys constantly. Heavens to betsy lou, but I’m going to have to double my annual shoe expenditures in the very near term and will have learned enough to avoid anything with air in the bottom.