Wow, has it only been a week since I was last at ABC Books? Oh, but what a week. Perhaps I will go into that later. But after a martial arts class and a shower, I turned my vehicle north again to ABC Books through some badly needed pouring rain to go to another book signing.

I picked up a few things. 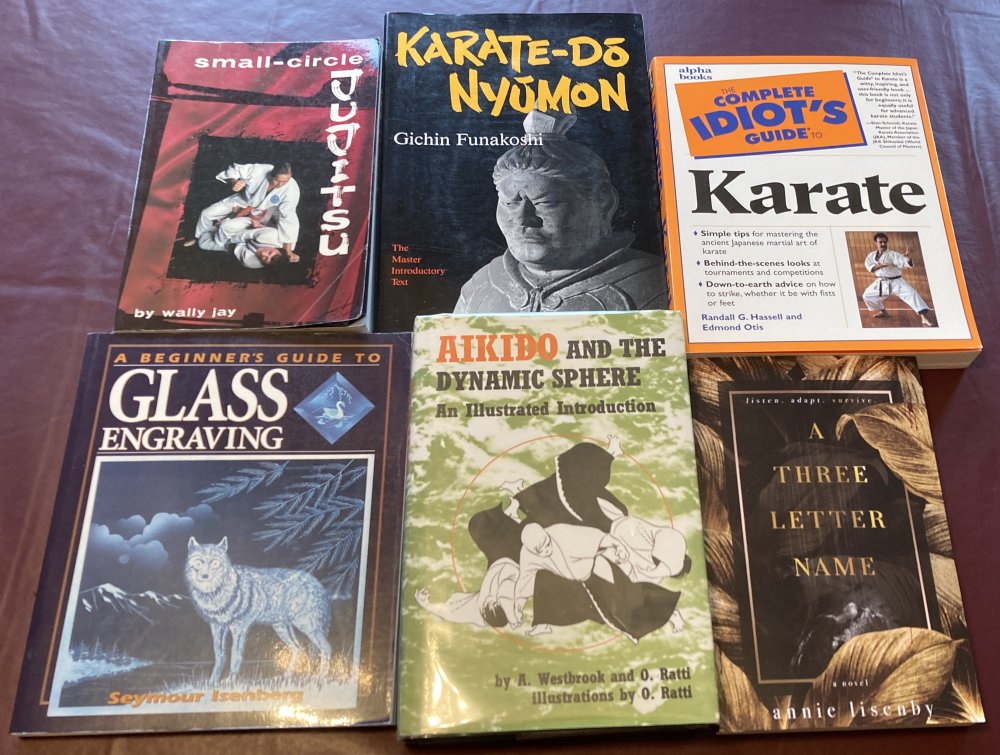 In addition to the book signed by the author, I pretty much cleared the rest of her martial arts section out again.

So this leaves three books in the martial arts section: Another Aikido book, another Tai Chi Walking book, and Raw Combat. Hopefully, they will get more in as I have already begun to read the ones I got last week, and we will get to that by and by.