I guess it’s a meme, which is the modern equivalent of the cartoon but requires no actually drawing skill, but Instapundit posted this on Facebook, and I was amused. 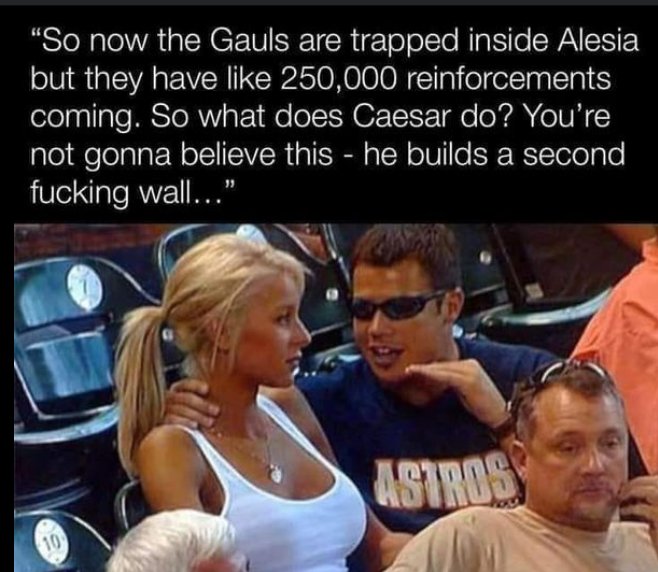 I mean, I’ve told that story once or twice, but probably not to pretty girls. Well, except my beautiful wife, but I learned it after we were married, and she was stuck.