To be honest, I had not ever watched a full Marx brothers movie before. I knew about Groucho, of course, as he was still in the cultural zeitgeist in the 1970s, and you can even still buy the Groucho novelty glasses at the party store for cheap drop-ins for birthday party gift bags given to attendees (I have, but not in many years). So I picked up a couple of videocassettes of the movies recently, and I got the opportunity to review them. 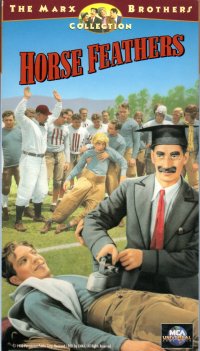 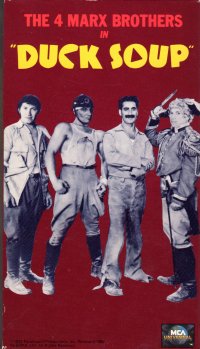 You know, the films both come from genres that would be recognizeable today. Horse Feathers is a college comedy, not unlike Animal House, Van Wilder, PCU, or other entries in the genre (including the Bing Crosby film High Times which I did not finish in two tries–but that was recorded digitally from cable–if I had the videocassette, I would no doubt finish it). Groucho Marx gets appointed to be the head of a university, and it’s a bit fish out of water as he tries to get star players to join his university’s football team for a game against their rivals (so it’s also got a sports angle like Necessary Roughness). Chico and Harpo play dimwits who vacillate between the factions; Zeppo plays a smooth guy, and Groucho, of course, plays Groucho.

This movie, on the other hand, sees Groucho appointed as the head of a European country. He declares war on a neighbor, and the Marx brothers then go to war. Chico and Harpo play dimwits who work for both sides, sometimes accidentally. Zeppo plays a smooth guy, and Groucho plays Groucho.

So the Marx brothers play very similar characters, so Depression era audiences didn’t have to think too much about characterization. The comedies themselves show their vaudevillian roots. They’re chock full of quips and one-liners, very clever ones at that, and song and dance routines, including musical solos where the different Marx brothers show of their chops on the piano or harp or what have you. I recognized tropes from then and now, which helped me appreciate it better than my boys did, but they had similar problems with films like Airplane! and Hot Shots!. That said, you can see a definite influence on the Zucker-Abrahams-Zucker films from the Marx brothers films.

So still amusing, I suppose, if you’re of a certain age. But “cringey” if you’re a damn kid.

I would be remiss in my Rule 5 duties (for a second week in a row) if I did not highlight some pretty women from these films. 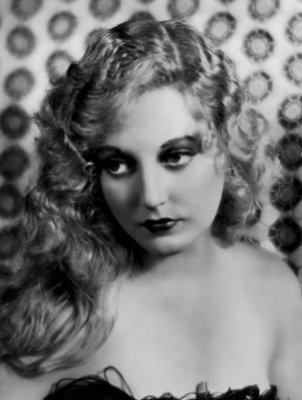 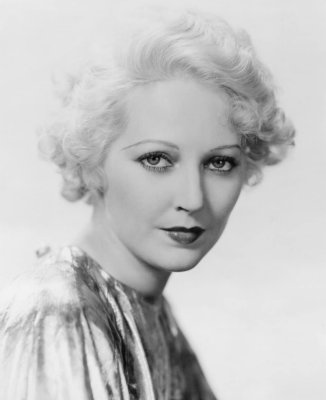 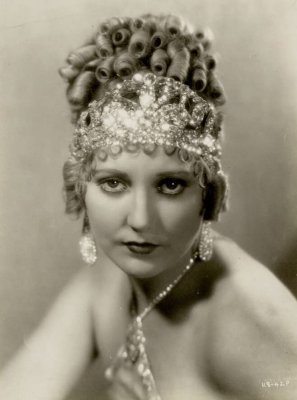 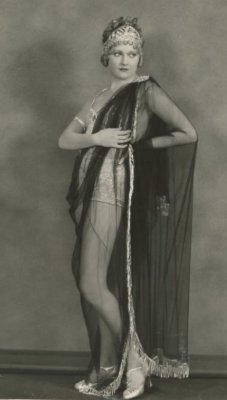 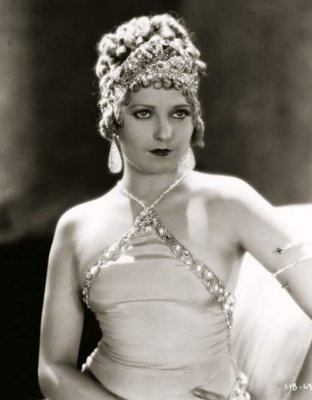 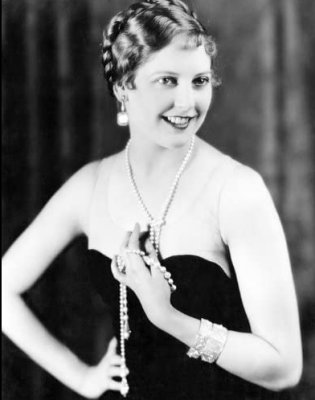 She had a relatively short career, but she appeared in a lot of films, worked with many of the famous comedy teams of the time, including Abbott and Costello, Laurel and Hardy, and Wheeler and Woolsey. She died at 29, though, ruled a suicide but some thought it murder–and her boyfriend at the time confessed on his deathbed, purportedly, in 1952. 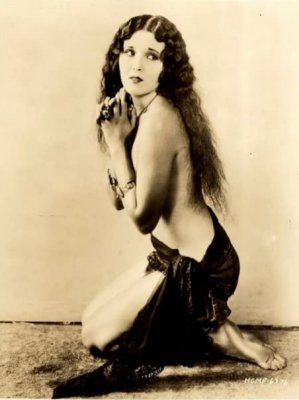 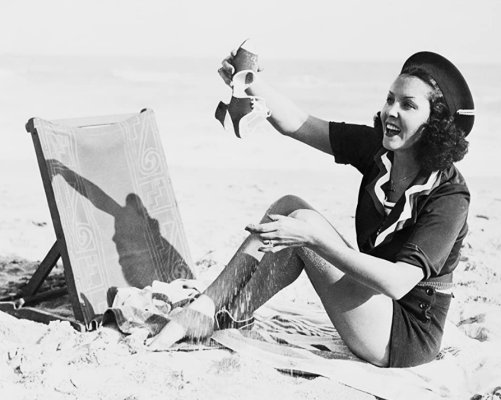 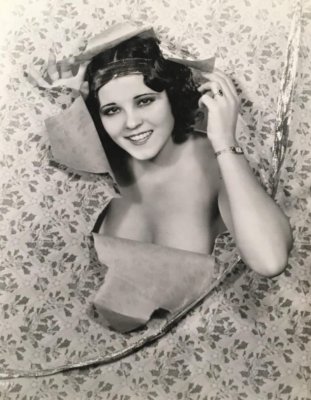 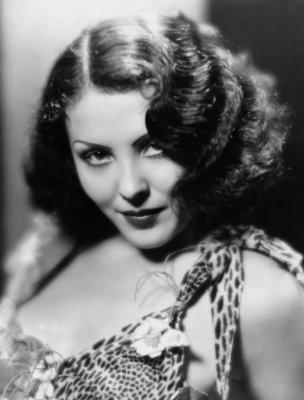 She did not appear in as many films, and she retired on marriage in the middle 30s and lived a long life after. Hopefully happy.