One of the British tabs had a guessing game headline: 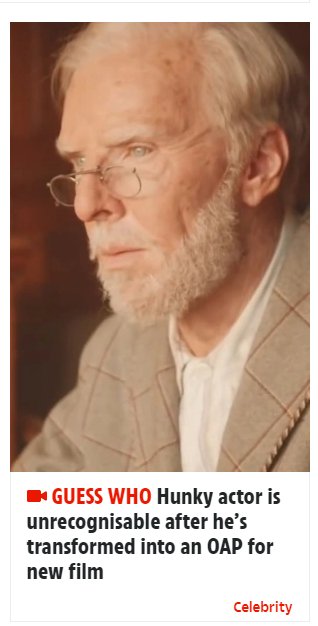 And as for a bit of a behind-the-scenes note here at MfBJN: In composing this post, I fact-checked myself and did not publish two things I thought to be true but which are not.

First, I asserted in a throw-away line that Benedict Cumberbatch had two doctorates, one in Who and one in Strange. However, I looked to make sure he did play Doctor Who, but guess what? He’s one of the British actors who appeared in American media around the same time, so I just assume that they all played the new Doctor Who at some point. However, neither he nor Tom Hiddleston actually played Doctor Who, which I shall have to remember to avoid making this mistake, perhaps in haste, in the future.

The second one was that I was going to make light of this other article from The Sun the same day:

I was going to say, Haw, Haw, dumb journalist! That’s not a spade, that’s a shovel! However, apparently in Britain, according to this Web site, and perhaps everywhere in the world except Nogglestead, the spade does not look like the playing card suit with a pointed tip; what we call a spade at Nogglestead is merely a digging shovel, and the spade has a flat edge after all.

So journalists and headline writers in the U.K. might be smarter than me. Or perhaps I need to work in the garden more instead of spending a lot of time writing and researching a blog post to be seen by a handful of people.

But rest assured, I have lairs and lairs of fact checkers.