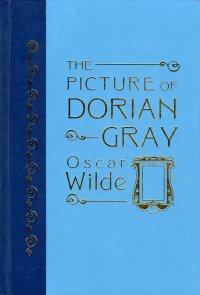 Well, it’s clear where I should slot this book on the 2021 Winter Reading Challenge. I mean, it’s contemporary to its time–the 1890s–so it’s not historical. It is set in and around London, so it could be In a Different Country, but come on. This is an LGBTQ+ author even though the author himself would have probably thought the whole thing rubbish, and it’s not an LGBTQ+/- novel because it does not really celebrate those themes as the subject of the book.

As you probably know, the story is about a picture of the eponymous character hidden in the attic that ages while the title character does not. To be honest, I misremembered the name as The Portrait of Dorian Gray. And, SCENE!

Okay, so I had enough from my classical education to know that much. Now that I have read it, I know much more about it. And I rather liked the book. I’m going to give some heavy spoilers below the fold–tell you the whole story, abbreviated, actually–so leave of here if you want (I am just kidding. I have three kinds of readers: 1. Those who hit the blog and probably skip over the book reports; 2. Those of you who come in from RSS feeds and get the whole post without a fold; and 3. Those of you who have a book report due tomorrow and did a quick Internet search for something clever to say and don’t mind the spoilers anyway).

However, come on, you had to know the traitor in The League of Extraordinary Gentlemen was Dorian Gray, didn’t you? Oops, perhaps I should have put that spoiler beneath the fold.

You can think about the book as being in three parts, really: The first part, the introduction of Gray, a teenaged heir, to the cynical aristocrat by his friend the painter; the painter, who has been revitalized by the young subject, painting Gray and the title picture, and Gray getting introduced to the worldly thoughts of the cynic, sorry, aesthete. Gray decides to live a bit and ends up in a two-bit theatre, feeling he is in love with a young actress there. He pitches woo, maybe even proposes marriage, but when he brings his friends to see her act, she does a poor job–she later reveals that she was disillusioned with acting now that she was in love–and when Gray rejects her, she kills herself. Gray discovers that the portrait is changing to bear his sins while he remains unblemished and young. And, SCENE!

The second part is expository, for the most part, as it explains how the guilt-ridden Gray gets sent a book by the cynic, sorry, aesthete, and how this tawdry French book (come on, we know who wrote it) made him want to explore all kinds of deviancy to experience all that there is to experience in life. And, SCENE!

Twenty or so years later, we come to Gray. The painter has heard rumors of the bad things Gray has done and asks Gray to deny it. Gray shows him the portrait and then kills him. He suddenly turns into Raskolnikov with this new guilt. He goes into an opium den, encounters a friend and also draws the attention of the sailor brother of the actress from Scene I (well, Act I, really, but no director ever shouts, “And, ACT!”). The brother vows to kill Gray, but in their first encounter, Gray convinces him that he is too young to have been the same man. The brother lets him go, but another person from the opium den says that Gray corrupted her twenty years ago, too, and that he struck a bargain with the devil to never age. So the brother decides to maybe have another go. Gray continues to deal with his guilt, struggles with the fact that the brother is still out there–and Gray knows the brother is still coming for him. A chance hunting accident kills the brother who was lying in wait for Gray, and Gray vows to go straight. He tempts but lets a peasant woman elude his charms, and when he recounts it to the cynic, erm, aesthete, his “friend” explains that he was selfishly enjoying the experience of renunciation, but that he had probably corrupted the woman anyway even though he did not defile her. This sets Dorian off(er), and he goes to the unused room and in a moment of rage, stabs the painting. Which kills him. And, FINIS!

It’s really a couple of scenes with a bunch of dialog chock full of aphorisms and epigrams and some exposition. Wilde is clearly a playwright at heart–I think this is only novel–so the dialog is clever and moves well, but sometimes the exposition, particularly in the middle section, bogs a bit.

Wilde traveled and lectured on being an aesthete–one wonders if this book is designed to countermand that or if just the excesses. Because Dorian Gray is not a hero–he is a bad example to avoid. We don’t really get graphic details about his crimes, but one can guess some of them. And as I mentioned that this is not a LGBTQ+ book, but you don’t have to dig too deeply to make a case for homoeroticism and perhaps unrequited love that the artist feels for Dorian Gray.

If you’re looking for other college paper topics, you cannot fail to miss how poorly women are described nor how poorly Jews are treated–why, there’s actually mention of blood libel as though it were a fact. So if you’re looking for a college paper or to take offense, you can probably find something in this book. Or you can be mature and mark it down as a product of its time or, more likely, characterization of how the upper class dandies in this book think of those classes.

Regardless, a pretty good read. It’s only 232 pages and this Reader’s Digest World’s Best Reading edition does not have a scholarly introduction to read last–although it did come with the original flier that kind of serves that purpose. I think I also have a paperback copy around here somewhere that I have picked up and put back a time or two. What luck that I saved it for a reading challenge slot.

Now, the things I flagged:

Civ IV Watch:
“There is only thing in the world worse than being talked about, and that is not being talked about.” comes from this book, and it’s the quote that appears when you get the Drama tech in Civ IV, which I play too much even today. Although I have long since turned off the audio parts of the game, I can still hear it in Leonard Nimoy’s voice.

Another Quip I Recognized
“Nowadays people know the price of everything, and the value of nothing.”

Although I am not sure where I learned it.

A Description Of Brian J., Poet

A great poet, a really great poet, is te most unpoetical of all creatures. But inferior poets are absolutely fascinating. The worse their rhymes are, the more picturesque they look. The mere fact of having published a book of second-rate sonnets makes a man quite irresistible. He lives the poetry he cannot write. The others write the poetry they cannot realize.

I will leave it to you, gentle reader, which I am. Given that you’re here deep in a book report, clearly the message you’re conveying to me is that my sonnets are second-rate.

Brougham Watch:
“I am so sorry, Basil, but there is only room for two in the brougham. You must follow us in the hansom.”

This is the second book in a row that I’ve read with the word brougham in it (the first being The Good Girl’s Guide to Murder). In this case, it refers to the actual horse-drawn conveyance and not the car body style named after the horse-drawn conveyance. Two books in a row with the word brougham is probably my personal record, and it’s probably one I will never again match.

Brian J. Gets The Reference
“The gates of the palace of John the Priest were ‘made of sardius, with the horn of the horned snake inwrought, so that no man might bring poison within.'”

John the Priest, of course, is Prester John, a legendary figure whose history I have been meaning to finish since at least 2011.

He [Dorian Gray] was very nearly blackballed at a West End club of which his birth and social position fully entitled him to become a member, and it was said that on one occasion, when he was brought by a friend into the smoking-room of the Churchill, the Duke of Berwick and another gentleman got up in a marked manner and went out.

All of the places called Churchill in England now are named after Winston; however, he would have been but a teenager when this book came out, so the joint is named before him.