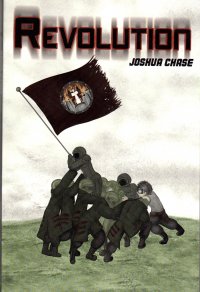 This is the second of Joshua Clark Chase’s military science fiction novels; I read the first, Triumphant Empire a week or so back, and I will likely read the third very soon. So that if I ever see him at a convention again, I can proudly by the next book or two in the series since I will have finally found and read the ones I bought three years ago.

The copyright date is 2014, two years after Chase published Triumphant Empire, and I think I see some improvement in his writing. The book still jump cuts a bunch not only between chapters, but in chapters between the various characters and perspectives. We see the Primary of the Ordeon Empire (the triumphant one) as he meets with the emperor and deals with some light intrique with the leader of the Star Knights by commissioning an apprentice and assigning her to his task force. We get some of her perspective as well. On the other side, we focus mainly on the leader of the resistance and his brother the pirate, but also amongst some others as the resistance foments rebellion on a slave planet and meets with other leaders. The resistance discovers alien tech and captures an imperial dreadnaught to try to reverse engineer it. The empire helps the weaker side in a conflict to actually pull both into its orbit and then launches an audacious attack on three systems at once–only to be thwarted on one such attack by the resistance.

So there’s a lot going on, and the books might have fit together as a single novel. Or, perhaps, the plots could have been fleshed out to make each book bigger than the roughly 130 pages of action. The next book looks to be longer and even more recent, so I’m looking forward to it after a brief interlude. It’s best to read them all very close together, as the books might not stand alone very well as the plots are so completely linked.

I’m starting to realize that my year’s reading log is coming to an end. I will finish, what, three or four books that I have in process? I don’t know that I’ll read a whole other novel–aside from Total War, the third in this series, this year. But I guess it’s only the middle of December. I might.