I used to post stuff like this on Facebook, gentle reader, but I’m not spending much time over there these days, so you get them instead. 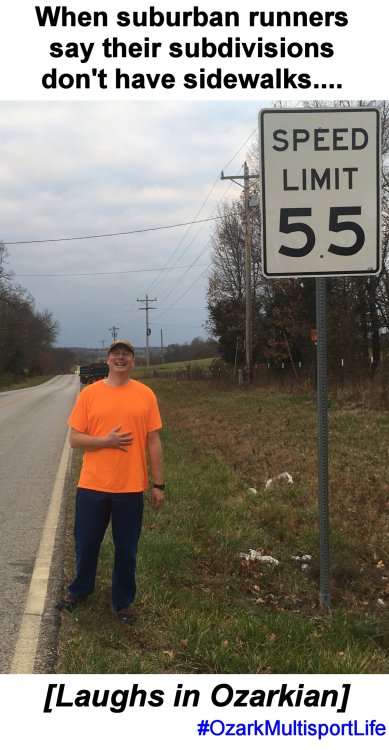 Although this spring and early summer, I did a lot of running and biking on the farm roads and the state highways that lack a sidewalk and a shoulder at all that lots of dump trucks are traversing on their way to new subdivisions south of here.

I was never in too much danger; I only had to step off the road in an emergency fashion once.

I haven’t been running or biking much this autumn; I enrolled in an endurance challenge of completing 620 miles before the end of the year, but I tend to sign up for these things right as I am finishing a period of intense multisport training and then don’t get the mileage I was when I signed up. Personally, I have not gone for an outside run in a while, and although I have started going to the YMCA a couple of times every week, I have not done time on the treadmills or spin bikes since I realized I would have to do over ten miles per day to meet the endurance challenge goals.