I might have mentioned we’ve been going to high school football games. The school’s football team is not as good as a lot of the other teams in the district. Although they won handily their first home game, they lost the rest and entered the playoffs somehow with a 3-6 record.

But one thing I really enjoyed watching was #2, a running back/defensive back. According to the roster, he is five foot five and 140 pounds–which means he outweighed me at the end of high school, although I was seven inches taller. But he was playing football against, basically, men. Some of the linemen on his own team were well over six foot tall and three hundred pounds. So he comes up to the shoulders of a lot of his team mates. And opponents. 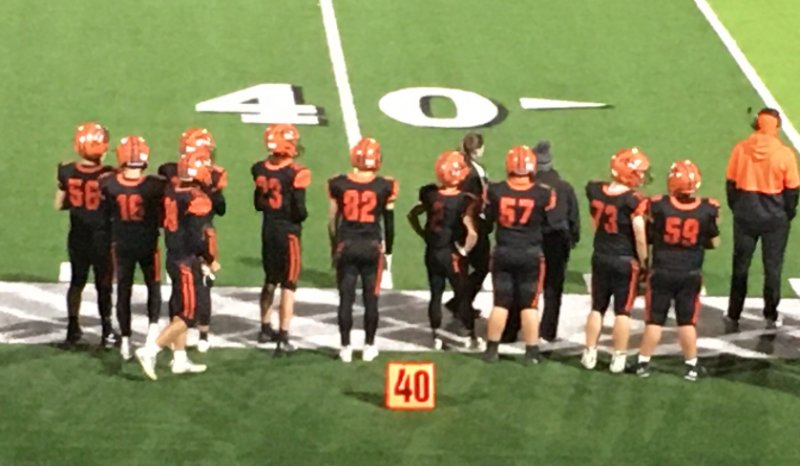 They’ve run the ball with him sometimes, and he had some good runs. I don’t know if the opposing players just couldn’t see him or what. And he would block on passing downs, sometimes bouncing completely off of the linemen or linebackers he’d run into. And he would get in on tackles, although I suspect that his method of tackling was mostly making the opposing players trip over him. And when he was not on the field, he often would walk on the sidelines, raising his arms like they do in the NFL to encourage the crowd to make some noise. He did all of this even when his team was down by three touchdowns.

I have always cheered hardest for the undersized players who play with a lot of spirit. As I have often mentioned, I was pretty small and scrawny as a kid until I got close to six foot in the 11th grade (I am so old, I don’t say junior year any more since most of my years were junior years, and I am only hopeful I will make it to senior years). And I was not very coordinated or athletic until I hit my 40s, when the bar for performance was lower (just showing up makes me a triathlete).

When I’m doing triathlons or 5Ks, I generally end the even with something left in the tank. I’m not sure how to do things all the way, and a lot of things I don’t do with the right mind or with all my heart. Sometimes, I might only give a token effort or pull back when the going gets tough or the progress too slow.

In this broken, fallen, and gone-mad world, I’d like to do everything–work, play, learning–with my whole heart like #2 plays football, but that’s still a goal I aspire to. With inspiration where I can find it, sometimes on Friday nights in autumn.