As I might have mentioned, we took a short vacation to Branson, which of course means a visit to Calvin’s Books. The first couple of books I looked at were priced very reasonably indeed ($2 or $3 for the Firefly books below and $1 for the travel/picture books), so I was afraid that maybe they were going out of business, but other books in the fiction section were priced as you would expect, and the store was cluttered more than usual, so they’re still buying books to sell.

My beautiful wife was also interested in some chess books and newer books, so we went to the new retail development on the north side of town which has a Books-a-Million, so I got a couple of new books as well.

At any rate, we got a few amongst the four of us. 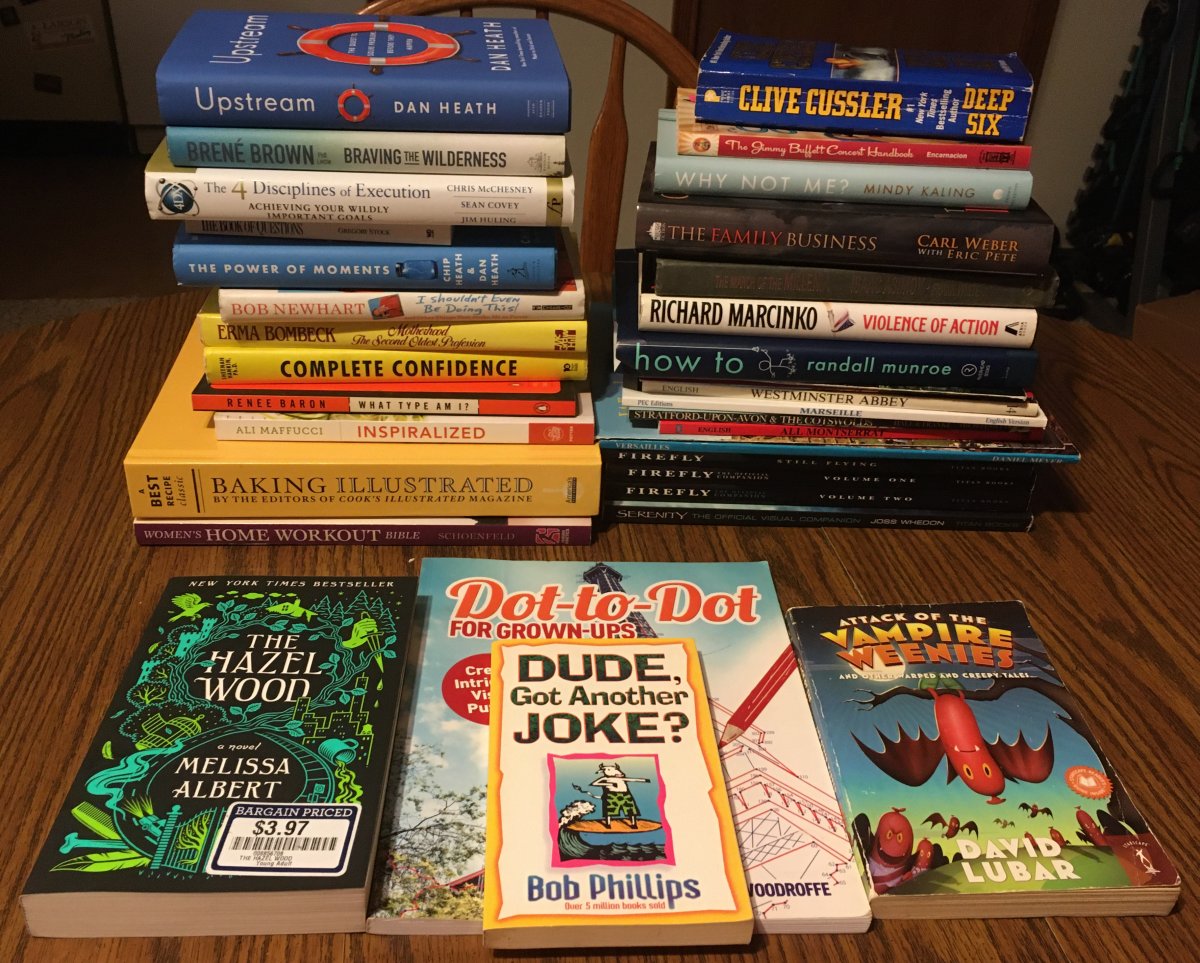 I got these at Calvin’s Books:

I also got a couple of magazines (not depicted): Skeptical Inquirer, which I subscribed to once upon a time, and Triathlete (I’m not; I just do triathlons).

The sum total: A bunch. And, if you look closely, you’ll see that my wife did not get any chess books as she forgot to look for them by the time we got to Books-A-Million.

Well, that should give me something to read until the next time I buy some books which is probably next week.