So every day of this last week, their first at home because of the coronavirus lockdown, the boys and I (and sometimes my beautiful wife) have taken a poem and hand-copied it to keep up with our handwriting and to talk about poetry. We started with “If” by Rudyward Kipling, and apparently it’s a thing now because I’ve seen it on a couple different blogs (here and here this very week). I was going to have them do “The Gods of Copybook Headings”, but it’s pretty long–“If” took the slowest writer an hour (complaining included).

So we did a couple of shorter poems–a sonnet by Edna St. Vincent Millay, “Stopping by the Woods on a Snowy Evening” by Robert Frost, “Ozymandias” by Shelley on Friday.

In Xanadu did Kubla Khan
A stately pleasure-dome decree:
Where Alph, the sacred river, ran
Through caverns measureless to man
Down to a sunless sea.
So twice five miles of fertile ground
With walls and towers were girdled round;
And there were gardens bright with sinuous rills,
Where blossomed many an incense-bearing tree;
And here were forests ancient as the hills,
Enfolding sunny spots of greenery.

But oh! that deep romantic chasm which slanted
Down the green hill athwart a cedarn cover!
A savage place! as holy and enchanted
As e’er beneath a waning moon was haunted
By woman wailing for her demon-lover!
And from this chasm, with ceaseless turmoil seething,
As if this earth in fast thick pants were breathing,
A mighty fountain momently was forced:
Amid whose swift half-intermitted burst
Huge fragments vaulted like rebounding hail,
Or chaffy grain beneath the thresher’s flail:
And mid these dancing rocks at once and ever
It flung up momently the sacred river.
Five miles meandering with a mazy motion
Through wood and dale the sacred river ran,
Then reached the caverns measureless to man,
And sank in tumult to a lifeless ocean;
And ’mid this tumult Kubla heard from far
Ancestral voices prophesying war!
The shadow of the dome of pleasure
Floated midway on the waves;
Where was heard the mingled measure
From the fountain and the caves.
It was a miracle of rare device,
A sunny pleasure-dome with caves of ice!

A damsel with a dulcimer
In a vision once I saw:
It was an Abyssinian maid
And on her dulcimer she played,
Singing of Mount Abora.
Could I revive within me
Her symphony and song,
To such a deep delight ’twould win me,
That with music loud and long,
I would build that dome in air,
That sunny dome! those caves of ice!
And all who heard should see them there,
And all should cry, Beware! Beware!
His flashing eyes, his floating hair!
Weave a circle round him thrice,
And close your eyes with holy dread
For he on honey-dew hath fed,
And drunk the milk of Paradise.

After about an hour (including complaining), we finished. We talked about the rhyme scheme, the meter, and the way the poet uses strange contractions to make meter. I mentioned that Coleridge is best known for writing the Iron Maiden song “Rime of the Ancient Mariner“.

And then we watched the film version of the poem. 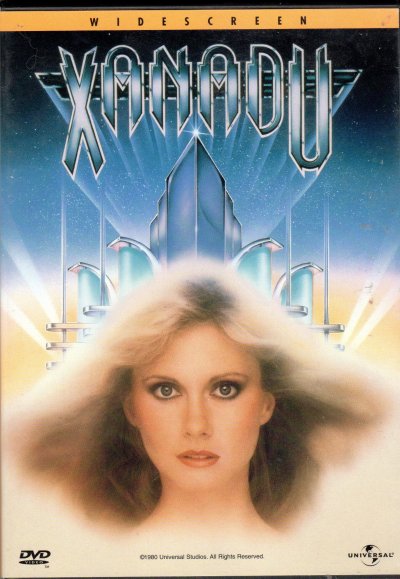 I told my beautiful wife I had just picked it up. Wherein “just” in this case means three years ago.

My wife and youngest son watched the whole thing with me; the oldest son wandered off, and when he returned, he asked what was happening, as though it was making real sense between the Olivia Newton-John numbers. We told him it would have made more sense if he hadn’t missed the animated interlude in the middle. Which was not true, but.

Today, I think we will continue our mythology unit with the 1980 Clash of the Titans.

Confession: I did select “Kubla Khan” just so we would get to watch the movie thereafter. There, I said it.