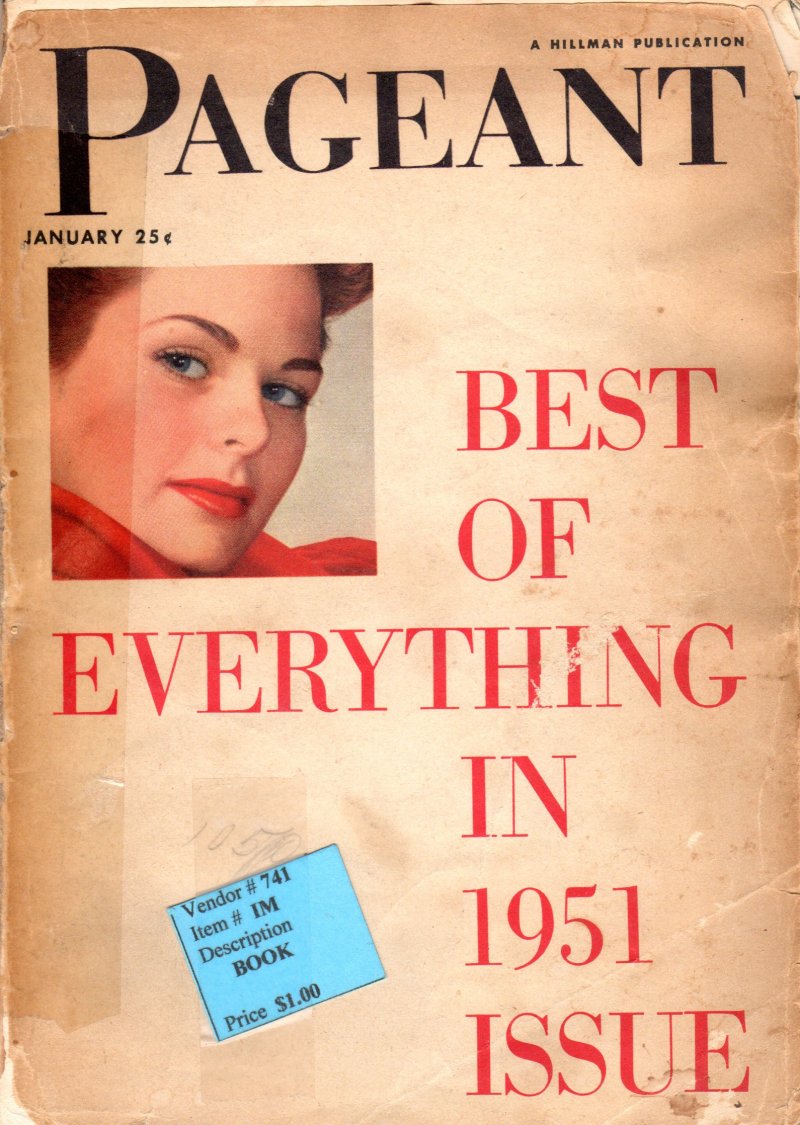 This January 1952 issue of Pageant magazine is its Best of Everything 1951 issue. A time capsule into the immediate post-war world in a digest magazine that apparently sought to take on Reader’s Digest. It’s a general interest magazine, with not so much the high writing of the slicks nor the woman-focus of home magazines.

Along with these articles, we’ve got fashion guides on how to buy items that you can wear or pair for different occasions; the best toys to by for each age group; beauty queens of different festivals; and varied humorous joke/quip collections like you would find in Reader’s Digest.

Along with a full photo of the cover girl on the back: 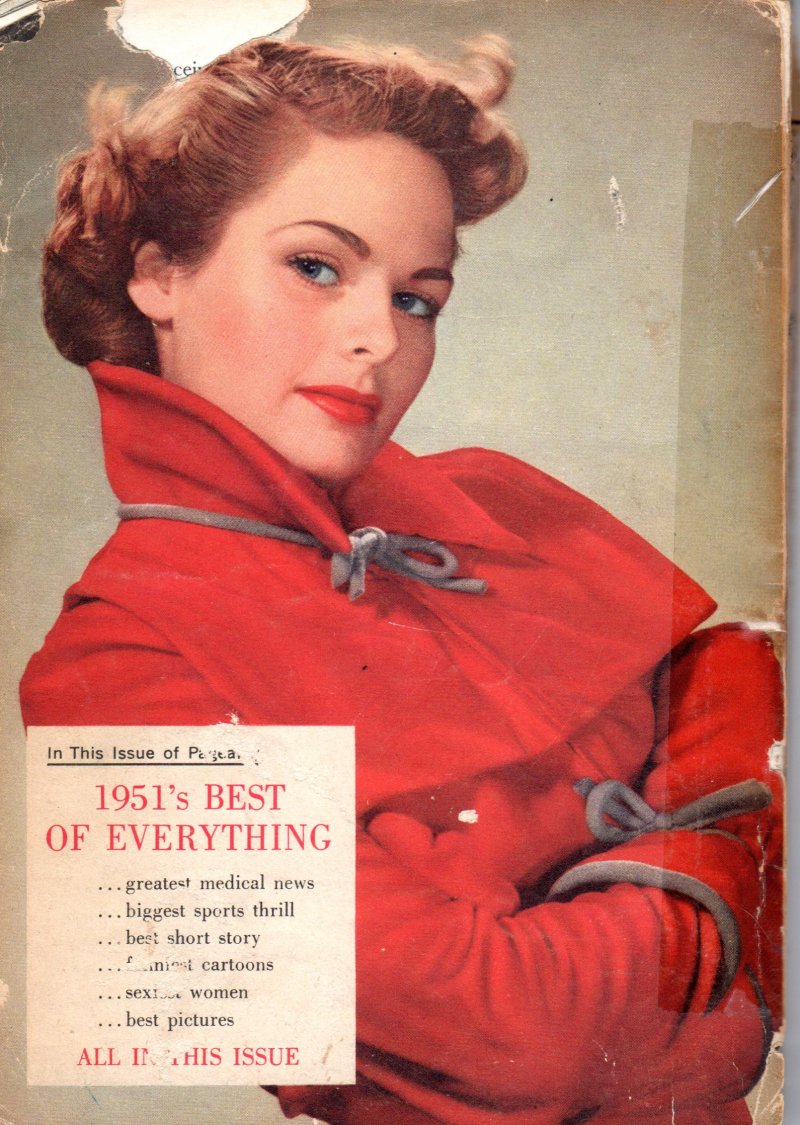 Cute, but not racy.

No left-wing bias to speak of–the magazine talks about the “pinkos” in government–but a couple of environmental pieces that foreshadow things to come. The “best science story” by Rachel Carson, for example, tells of how volcanic islands are formed and how different plant and animal species might come to it, and how great it is until MAN SHOWS UP.

You know, I miss general interest magazines like this. I subscribe to Reader’s Digest off and on, and I used to subscribe to The Saturday Evening Post and Grit, but those last two changed too much to retain my interest. But I must be the only one; otherwise, we would have more of them around today.

I wonder where I got this; the front cover has an antique mall sort of pricing on it, but I can’t imagine picking this up for a dollar at an antique mall. More likely, it was in a dollar bundle of digest magazines and chapbooks that I bought at a Friends of the Springfield-Greene Library book sale. These bundles, grab-bags really, provide me with quite a few curiousities that I sometimes count as books read. But not in this case, as it is clearly but a magazine.