For some reason, The Golden Girls television show is demonstrating a resurgence amongst memes I see on Facebook. I have no idea if this means people are actually watching the show or merely feeling nostalgic for when it was on. Or both. I think the some reason is that some members of Generation X are getting to that age and they hope they’re as stylish and sassy as the characters they probably didn’t pay attention to when they were young.

Regardless, this item cropped up on my Facebook feed, and I immediately spotted the error, and I wondered if the person who created this meme was ignorant or if he or she wanted to have some fun passing around a meme with an obvious falsehood. 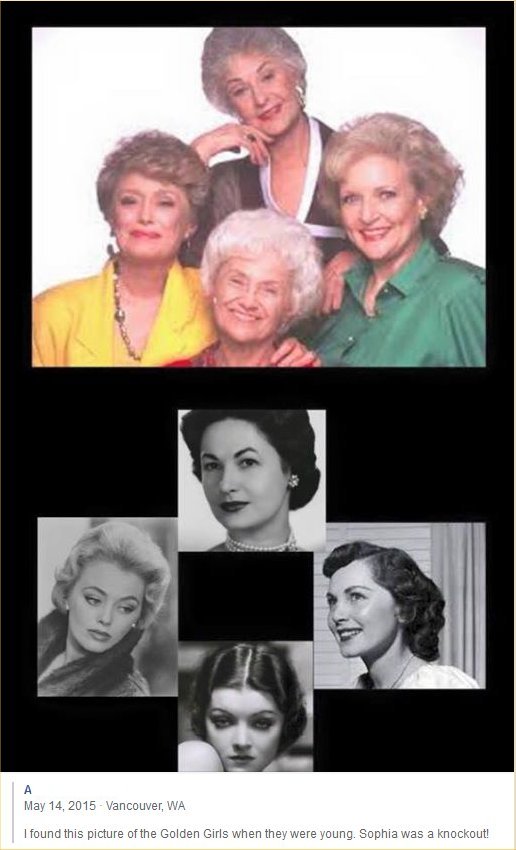 I’ll let you study it, gentle reader, for a moment. But undoubtedly you, as a connoisseur of classic cinema, have already spotted it. But I will put the answer below the fold.

As any fule kno (he said, borrowing a duToitism), the bottom one is Myrna Loy.

Here’s the uncropped shot which found on Terror Titans, who class her as a scream queen because of some of her early movies: 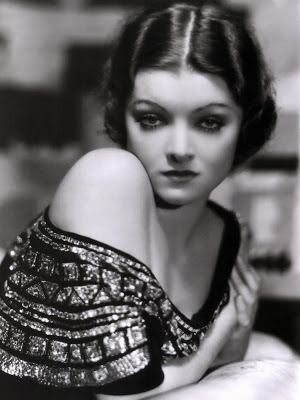 Here’s another shot from the same shoot on her IMDB page:

Not depicted: Her sultry voice.

A shame, really, that the kids these days don’t watch the black and white films, but I suppose we grew up in an era where they played on local television stations because they were cheap and I watched them because I didn’t have many choices. Although, to be honest, I probably didn’t watch them then, either, only becoming a classic film guy when I got into Humphrey Bogart and Cary Grant later.

I’m not sure how easy they are to find on the streaming media. I know they’re not prevalent at the local video store, either.

What was my point? I keep getting distracted by Myrna Loy.

Oh, perhaps I was wondering whether the meme author knew better or not. Myrna Loy. I’m not saying Myrna Loy knows. I’m just putting my focus on what’s important.