As you might expect, gentle reader, I review the Facebook Memories section every day to see what I was thinking or posting about in the past on this day. Kind of like when I mope through the archives here when following a link from the stat tracker to a page someone visited from 2004.

Yesterday, I got this one: 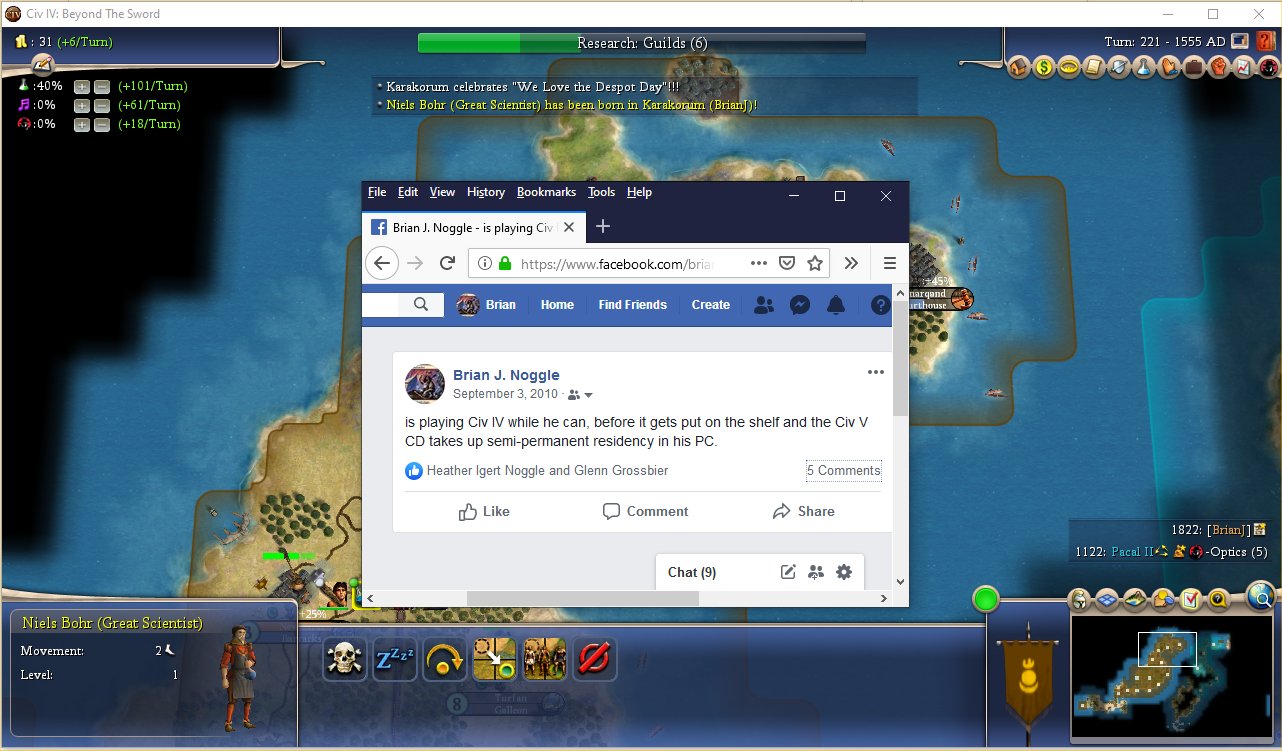 Of course, I had a game of Civ IV running in the background.

I never really got into Civ V; I think I rebelled at having to sign into Steam to play it. So I kept installing Civ IV on new PCs, up until my Windows 7 box where I had to do a special hack to turn off a graphics service to play it. Which lasted until the video card on the old PC began to choke out, probably under the weight of Civ IV running all the time.

Instead of trying to re-create the hack on a Windows 10 machine, I went ahead and installed Steam and bought Civ IV through Steam, and I still play it far too often today.

I know, I could have installed Civ V or even Civ VI since clearly I’ve gotten over having to connect to Steam each time I play Civ IV, but I tend to look at it as comfort food. Something I can play without much thought. I don’t have a lot of time to dedicate to learning new games these days, and I don’t even buy games with the thought that I would play them (which I did for much of my 30s and early 40s–buy a game, install it, watch the intro and maybe play the training level, and then I’d decide that I’d be better off reading a book or tending to my household during that time.

So fourteen years after its release, and nine years after I predicted I would move on from it, I’m still playing Civ IV.

I’m not sure if it counts as a thread weaving through my life connecting me to my pre-child past or a deep, deep rut I’m stuck in.