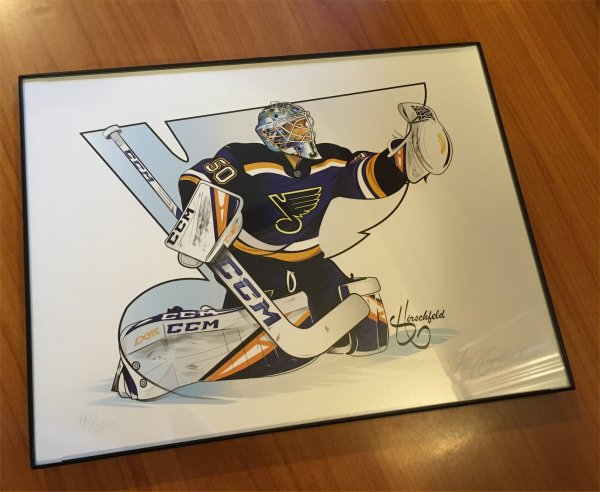 It’s only 20 bucks at his Web site, and you’ll want to get one before they’re gone, because if you wait until my estate sale, the price will have gone up dramatically.

It’s funny; “an artist I know” means “a guy who worked for a guy who sublet from a place where I worked thirteen years ago.” Matt is also second cousin once removed from Al Hirschfeld, the celebrated caricaturist from New York (according to this piece in the New York Times, but Matt’s Web site doesn’t mention the familial relationship).

So I “know” Matt less than I do the comic book artist in St. Louis; I met them both long ago and am friends with them on Facebook, but that’s what I’ve got as the equivalent of knowing everyone on the block like a noir detective since I live in the country and the other houses are far, far away.