Trying to teach my children about the value of things you buy, I strongly discouraged my child from spending money on something in a game that would help him out. A game that he would probably not be playing in six months.

This, from a man who as a boy spent plenty of money on these: 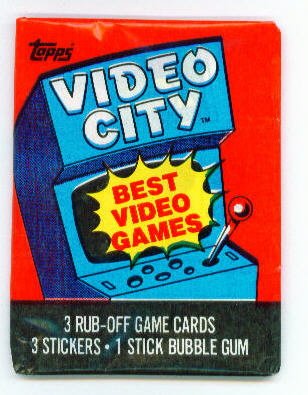 Probably more than my son wanted to spend on his latest in-game need. Which he could use for however long he plays the game at the level where the purchase would be helpful, which is far longer than the twenty seconds it took me to play each card.

Still, I encourage him to buy personal relics which can trigger memories, unlike soon-to-be-forgotten collections of algorithms on his borrowed video gaming device.