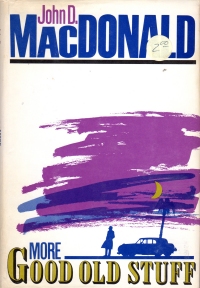 This is the second big collection of MacDonald’s pulp-era short stories. I’ve read the first, I think, sometime in the distant past. I thought I read it in the recent past, but I was thinking of End of the Tiger, which I read in 2015.

Unlike that collection, this one is a collection of pulpy crime stories that appeared in various magazines in the 1940s and 1950s. MacDonald says in his forward that he’s updated them a bit to make them more contemporary (to 1984). However, by now, they’re quite dated, but less so to someone who was sentient in 1984.

Overall, a pleasing book to read, and it’s the first book I’ve read this year (!). I might revisit the MacDonald stuff for fun some day, especially if I get to live to 200 and they stop making paper books so I have to reread what I have.