As you might recall, gentle reader, I enjoy doing a bit of woodburning, which is essentially (at least in my case) tracing things with hot irons into wood. If you read any of the literature, it’s a time-honored art form, but essentially (at least in my case), it’s a bit of crafting that allows for some error and the result probably looks harder than the actual effort to do it. You can see some of my other handiwork in the Handicrafts category (along with book reports on crafting books.

Well, it’s been a couple years since I went bonkers on the woodburning for Christmas (although, the historical documents in the aforementioned Handicrafts category indicate I made something for Christmas last year for someone). This year, though I made two things (and gave three).

I’m rather proud of this piece: 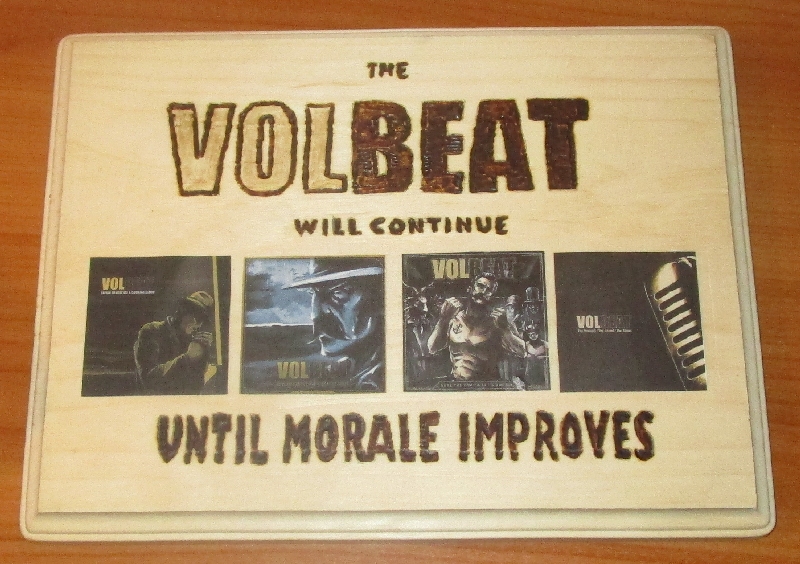 My cousin is a huge Volbeat fan. Maybe matched only by the Kyoshi of the martial arts school where I take classes. I’ve often wondered if they should fight it out for the title of Best Volbeat Fan, but that would hardly be fair. He’s a seventh degree black belt, but she is crazy. At any rate, she posted a Volbeat song every day when she was on vacation, and I immediately thought of this slogan. I originally planned to try to woodburn the album covers, but I chickened out, so I printed them and découpaged glued them on. I added just a touch of brown pastel to the first part of the logo, but it’s very subtle.

Next, after my beautiful wife posted a cartoon on Facebook, I quickly turned it into a wallhanging for her: 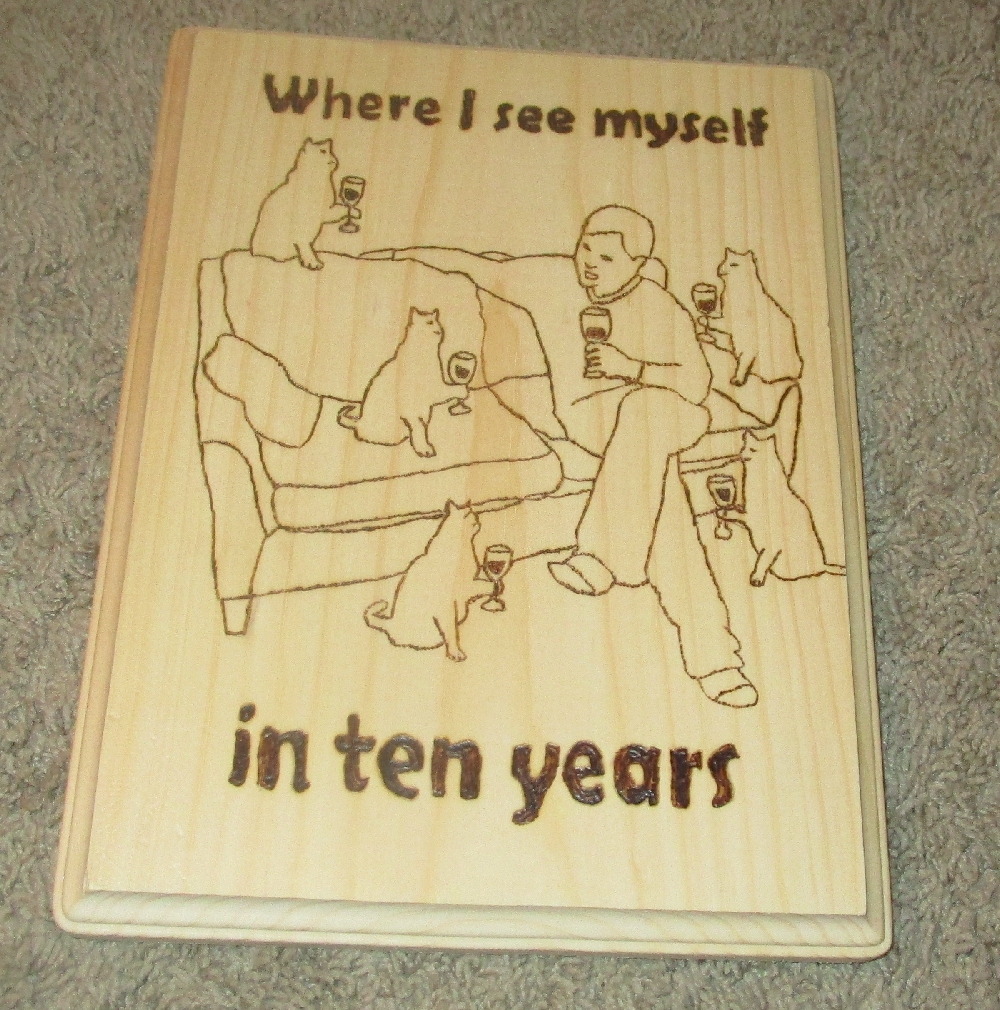 It was a bit nerve-wracking, with the pattern being narrow lines for the most part, but I did okay.

She also got a recipe box: 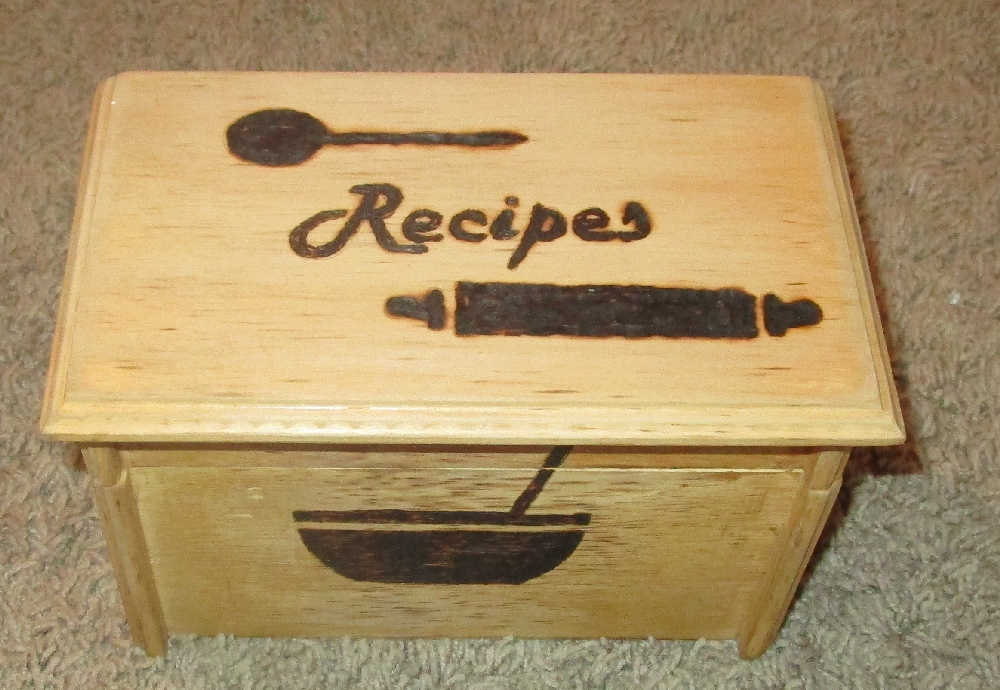 I bought an old recipe box at a yard sale, and I put some cupcakes on the sides, a couple utensils on the top, and hearts on the back. I meant to give it to her for Christmas last year, but after all the gifts were opened in Christmas 2016 and it did not appear, I found it in the gift closet, unwrapped. So it was one of the first gifts wrapped for 2017.

I’m pleased with the things I’ve done, and I’m eager to try something else, but nothing in the last couple of weeks really inspired me. Sadly, I’m not a craftsman; I’m a dabbler, and I’ll probably only be such as I like the projects more than doing the projects. So I’m not driven to just sit and practice on scrap wood while waiting for inspiration to strike.

Which it will. Undoubtedly, the end of next November, as Christmas draws near.