If you see me walking or running on the track at the YMCA with one hand gripping an invisible stick and the other an invisible throttle, followed by salivation at the end, it can only be one thing on my iPod:

A funny story, that.

There was some confusion in at Nogglestead as the provenance of this song. My beautiful wife thought it was on the Highlander soundtrack. I knew it was on the Iron Eagle soundtrack because some almost thirty years ago, a friend of mine played the song to pump herself up for softball games. I thought perhaps Queen double-dipped and that it was on both soundtracks, but that is not the case. It is on the Iron Eagle soundtrack. But! It is on the Queen album A Kind of Magic which also features a number of songs from the Highlander soundtrack.

Another point of confusion: At the very end, Freddie Mercury says, “Gimmee fried chicken.” I have told Mrs. Noggle and the little Noggles that perhaps this was because in the movie Iron Eagle they called downed bogies “fried chicken.”

However, last night, I reviewed the source material: 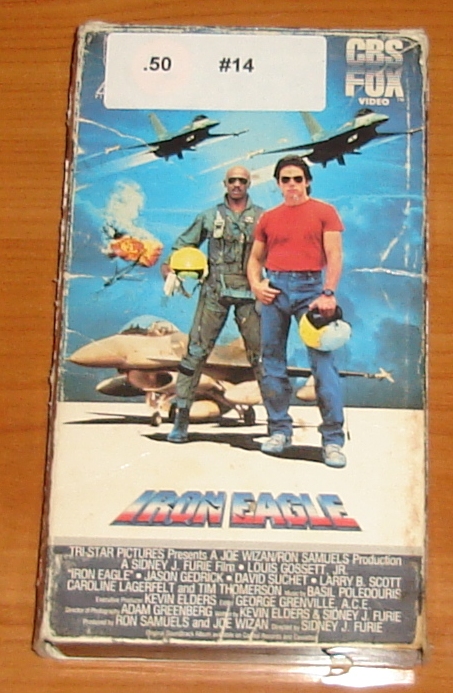 But that is not the case. According to the Wikipedia entry for the song, Freddie was just goofing around.

Also, note: This is not the only Queen song on my gym playlist. But that is a post for another day if I remember it.