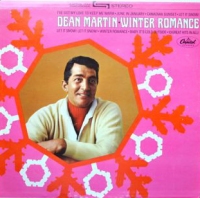 This album comes in two flavors: The original version, depicted below in the Amazon link, and the 1964 reissue depicted to the right, which is the edition I have. The two differ by a couple of tracks: The original includes “White Christmas” and “Rudolph, The Red-Nosed Reindeer” which makes it a more straight-ahead Christmas album. The reissue, on the other hand, has no explicit Christmas songs at all.

Instead, the songs are all about cold and the winter, but some are standard songs on Christmas albums and radio stations, including “Baby, It’s Cold Outside”, “Winter Wonderland”, and “Let It Snow”. Some are jazz standards that you hear all year round, like “I’ve Got My Love To Keep Me Warm” and “The Things We Did Last Summer” (although I hear them all year round because I listen to jazz standards throughout the year–if you don’t, you probably won’t).

In that regard, I can play the album well into January, although it’s not particularly cold here in southwest Missouri (especially for a Wisconsin native).

As it is Dean Martin, it’s in pretty heavy rotation at Nogglestead as is Martin’s The Dean Martin Christmas Album.

And I’ll be honest, I’ll never be brave enough to try the sweater over a turtleneck look, but I’m not living in the past, just listening to the past.

Also note that now that I know it exists, I’ll be on the lookout for the original release with the more Christmas flavor. If nothing else, it will make yet another Christmas album review someday.