On Tuesday, one of my children called from school to indicate that he was not feeling well. Whenever I pick up a child sick from school with a questionable ailment, I like to take him somewhere that he doesn’t like to go to celebrate the partial day off school: namely, thrift stores and antique malls.

Although his mother convinced the boy to gut out the day at school, we went to a couple of thrift stores after school to help cement the association in their minds.

I got a couple albums. 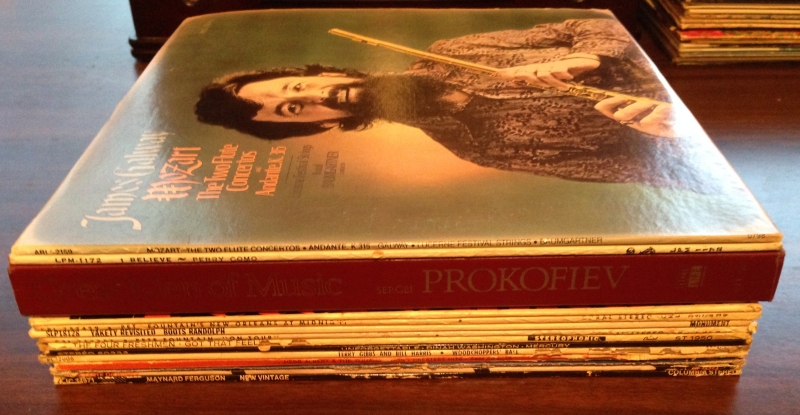 I haven’t even finished listening to the albums I got last month.

I need to spend some quality time in my parlor with my record player.

Also note the boy is feeling better, or at least covering it better.