However, I’m not doing the crafts or the eBay much these days, and I’m stuffed to the rafters with books to read. You don’t find old electronics in garage sales these days, as they’ve already found their ways into collections by this point. And the household stuff available is generally ticky tack, and although I’ve been a bachelor and once had a cable spool covered with shag fabric as a central piece of furniture in my loving room, I’m entering the age of my life (that is, married a while) where I’m moving away from pressboard if I can. We’re even down to only two secondhand (garage sale, natch) Sauder printer stands as central pieces of furniture in our house. So the only thing I’m really interested in is maybe some music or records. But I’m still drawn to garage sales for old times’ sake and because, hey, who knows. But I favor the church sales because normal garage sales are rife with kids’ things and things young families want to get rid of. I’m not in a young family, so I don’t need what they have to offer.

At any rate, I did find something: 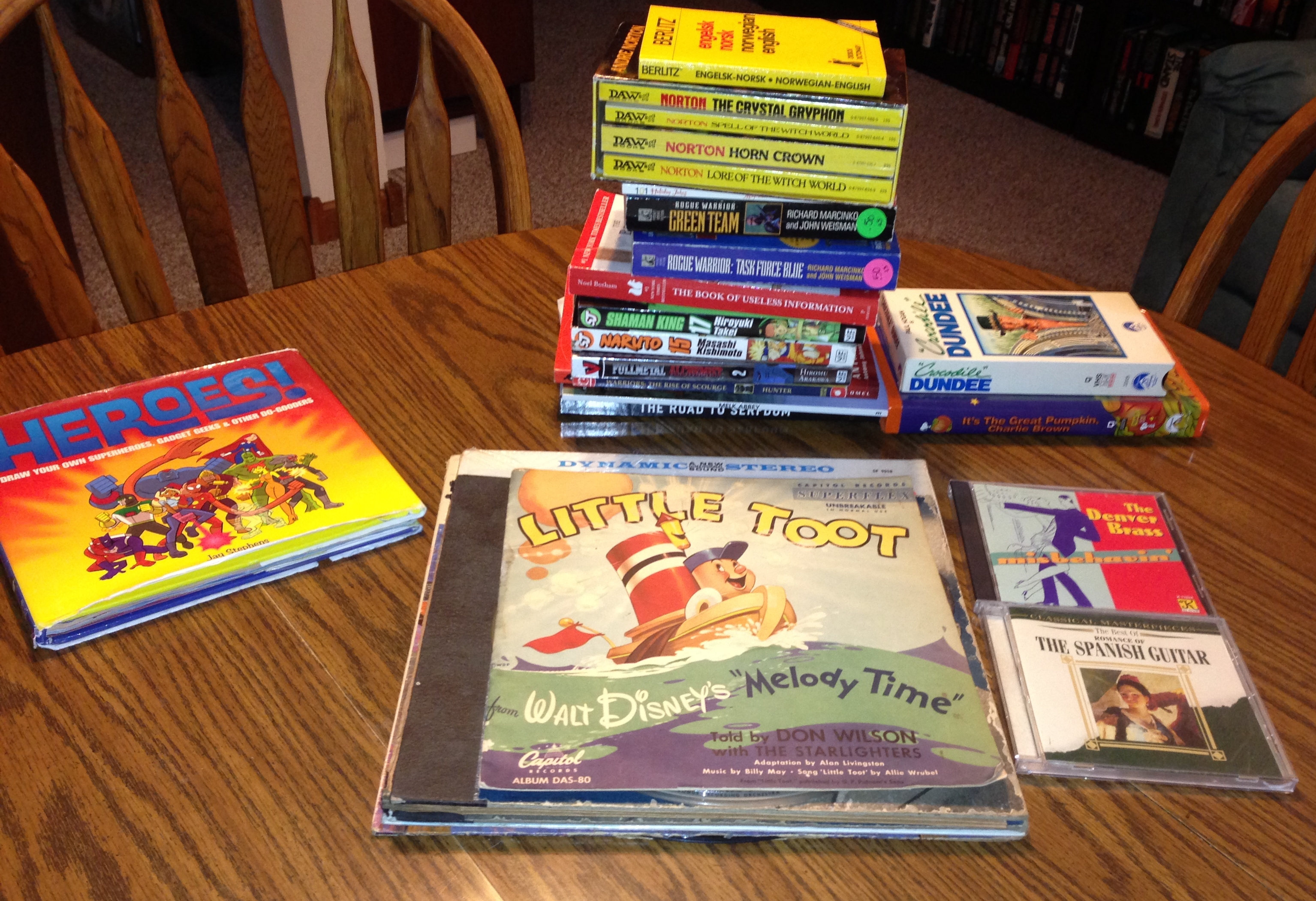 Among the books, we have:

Additionally, I picked up two videocassettes: Crocodile Dundee and It’s the Great Pumpkin, Charlie Brown along with a book about drawing heroes that I’ve passed onto my children.