So I went about an hour early before my volunteer shift started at the Friends of the Springfield-Greene County Library book sale. When I went on Wednesday, I thought I’d bought a copy of Olivia Newton-John’s Olivia, but the platter inside the cover is If You Love Me, Let Me Know. So I’d hoped the donor had just misfiled them, and that I could find the cover for If You Love Me, Let Me Know with Olivia inside. 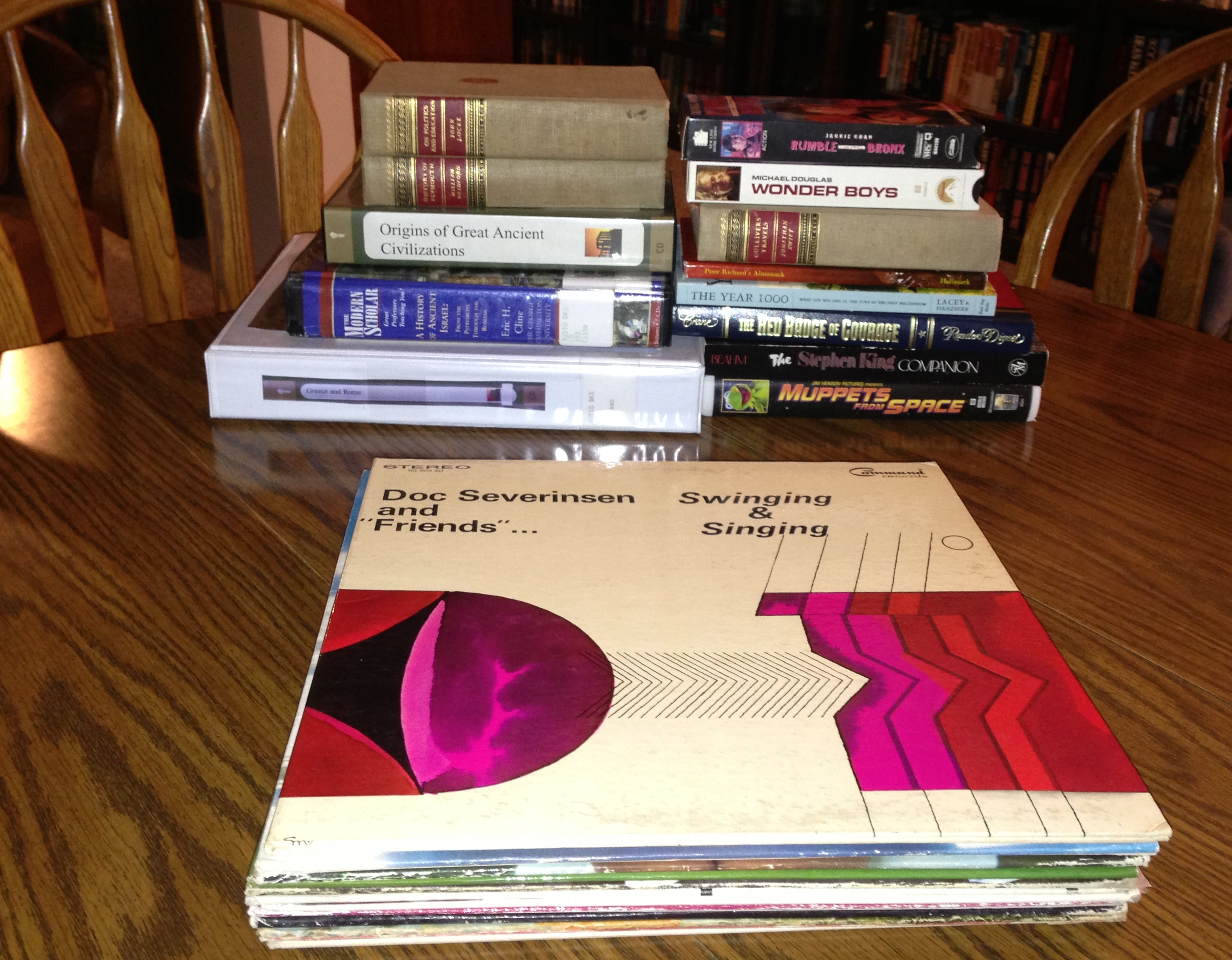 I got three films:

Additionally, I got three sets of university courses on CD, including The Teaching Company’s Origins of Great Civilizations and Greece and Rome as well as The Modern Scholar’s A History of Ancient Israel. The Friends of the Springfield-Greene County Library book sale often has these courses pretty cheap, but the key is to pay attention to what each binder contains. This time out, they marked each binder $10, but some courses are in library binders, where only two discs of a course are in the binder and a whole course might have seven binders. That would be $70 versus $10.

Because, believe it or not, I am running out of places to put books here at Nogglestead. Until I build my stand-alone library building.