After a rigorous martial arts class, we hustled to the fire station in Clever, Missouri, for the semi-annual Friends of the Clever Library Book Sale. As we got there within an hour of the two-day sale’s end, the books were a dollar a bag. And bag day means that if I think I might want to read a book on the subject some day, I’ll buy that book just in case on bag day. As a result: 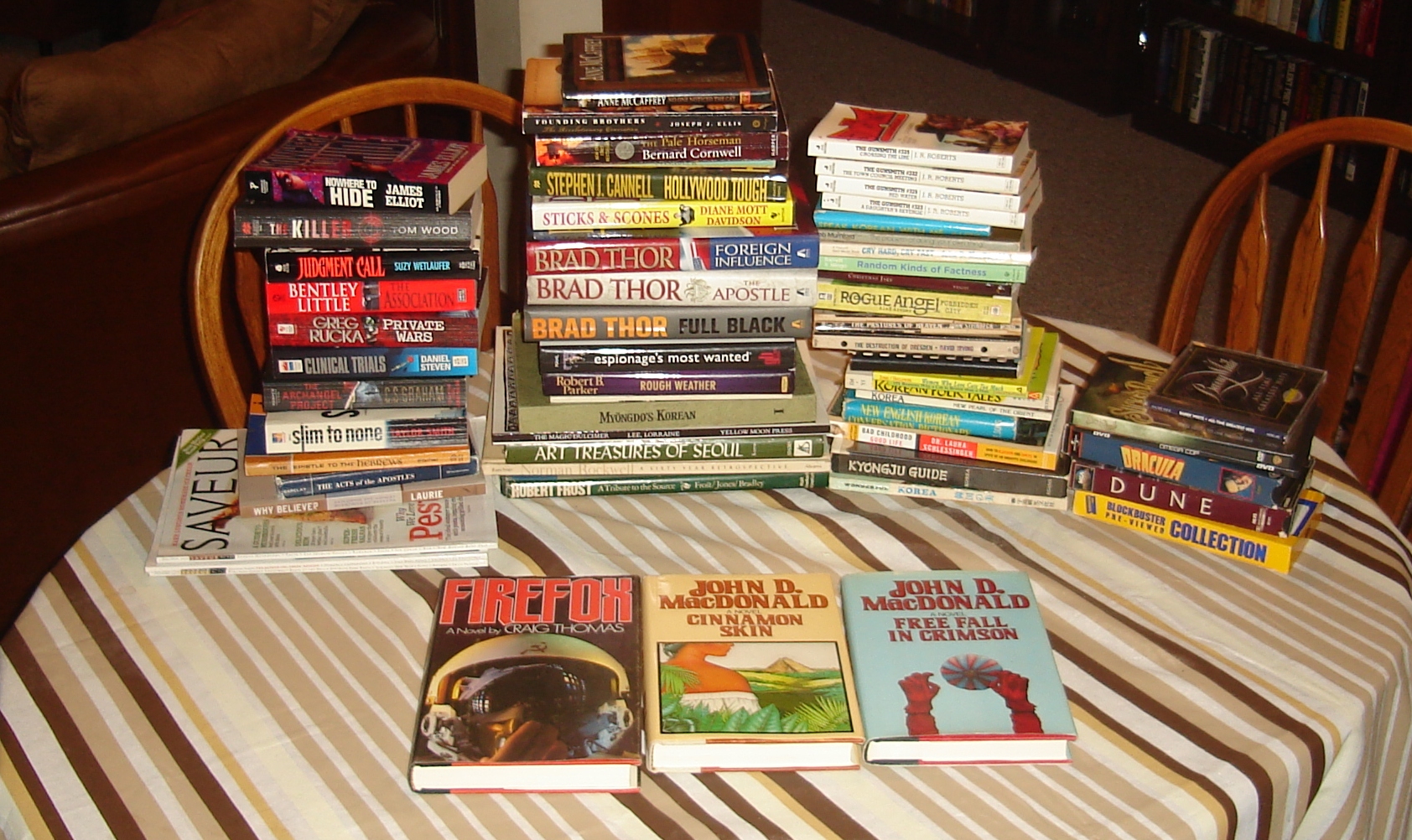 Additionally, last night, we stopped by a resale shop, and I got the three first editions you see in front: Cinnamon Skin and Free Fall in Crimson by John D. MacDonald and Firefox, the source material for the Clint Eastwood movie. In Clever, I got a John D. MacDonald paperback, Cry Hard, Cry Fast.

I also got a couple movies: Lawrence of Arabia, Dune, and Dracula on VHS and Omega Cop and Sucker Punch on DVD. I don’t know when I’ll watch these. Probably when I have the last physical media players on Earth.

My beautiful wife’s stack of paperbacks to amuse her in upcoming travel is to the left. I’ve also given her the Diane Mott Davidson hardback, since it would be no Mother’s Day surprise if she reads this post.

Not depicted: The books my children bought in their bag. The five-year-old got a dollar bill in an Easter egg and has been carrying it with him ever since, looking for something to spend it on. So he got a bag, and they put some children’s books in it as well as a Simpsons X-Mas book that he insisted was for me (since he’d seen my collections of The Simpsons on DVDs and thought I’d like the book, too). When he got to the payment table, the man said it was a dollar for the bag, and the boy said, “How much for the books?”

So we’re through the meat of the sales now. Strangely enough, the largest sale in the area, the Friends of the Springfield/Greene County Library Book Sale is next week. But because it’s so large, I tend to stick to the LPs lately. Unless it’s bag day.