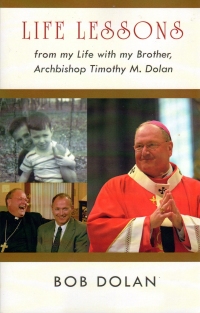 I did not come to this book with an open mind. As many of you might recall (and given the readership of this blog in its 10th year, I mean ‘Gimlet and Charles’), I was a big fan of the Weber and Dolan radio program back in the olden days. I used to listen to them, first when I worked in the testing lab at Data Research Associates and shared a dark closet with a gruff fellow who was not much for conversation–as if I am one for conversation. Then I listened to them whenever technology and legality allowed them to stream it on the Internet and I had an operating system that allowed it.

How much of a fan was I? I asked my brother to go get me some of their autographed coffee mugs from the station back when he lived in Milwaukee and I did not, and he did it.

As you can see, I still have them proudly displayed in my office.

So I’m a homer as far as the author goes. I forget where I saw that he had a book, but when I saw that, I had to have it.

At any rate, the book.

As you might guess, Bob Dolan’s brother Tim has become the Cardinal of New York, the head of the American church. Bob tells stories about growing up with Tim and their relationship to shed insight into his brother’s character and into life itself. Some of the conversations are a little too exact, which means either they were recreated or, more likely, that Bob recorded them when he thought about writing the book. Some of them do have an interview flavor after all.

I really enjoyed the book. Bob pokes fun at himself, and much of the book is as much about Bob and his travels with his brother as his brother ascends the Church heirarchy. There are a bunch of Catholic themes in the book and some good Christian messaging, but it’s not overwhelming or proselytizing. Mostly, it’s musing, remembering, and humanizing a powerful figure in a way only a brother can. However, the book is more about Bob learning about himself and life with his brother’s occasional counsel as it is a bio of Timothy Dolan. Which is what I related to anyway.

You want to know what kind of man Bob Dolan is? When his brother was in Rome for something or another and Bob’s family was there to celebrate it, Tim gets a couple passes to meet the Pope, wherein he goes up to the Pope at the head of the church and the people with him get to speak to the Pope and maybe get a blessing. Tim offers one of the passes to Bob, and Bob lets his wife go instead. There’s as much for us to learn about life and love from Bob Dolan as his older brother, maybe.